a small-scale low troughs has appeared in 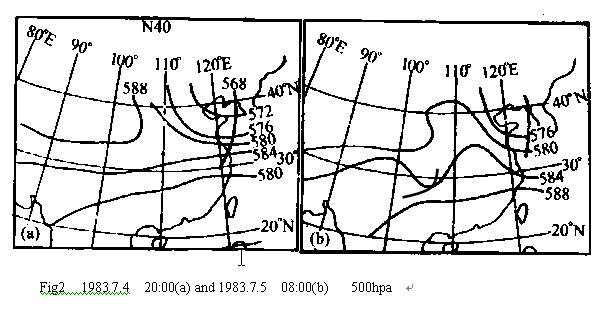 1.1. An environmental condition helping the small trough to produce

(1)Topography. We know, in the east of Qinghai-Tibet Plateau, the Hengduan  mountain lies across west of the basin , Form a natural protective barrier. The  highest

and at 20 o'clockChongqingSichuanBasin  It can see that the

temperature-rise is earlier in 500hpa than in 700hpa from fig4(c),and the air temperature on the ground reduced is earlier than in 850hpa. Just this time, the small trough appeared in 500hpa above 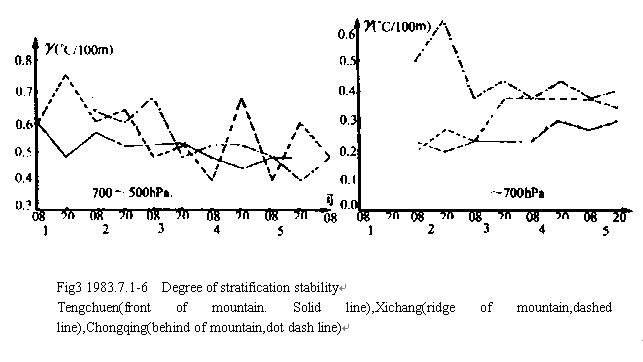 1.2 Fundamental feature of small trough in 500hpa above

(2)The space scale is about 500 km, equal of north and south distance belong  meso-¦Á   (3)This trough is moved slowly, present the quasi-stationary state;

W-SW air current moved behind mountain, and exist or die with the size and existance of w-sw air current in front of the mountains;

(5)These troughs is warm. 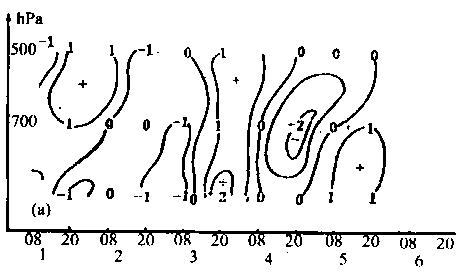 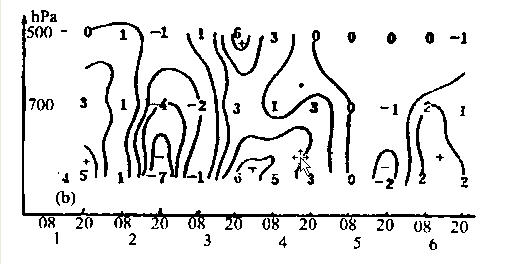 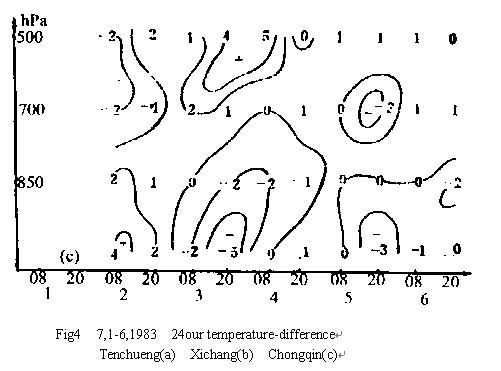 1.3  The analysis of precipitation course 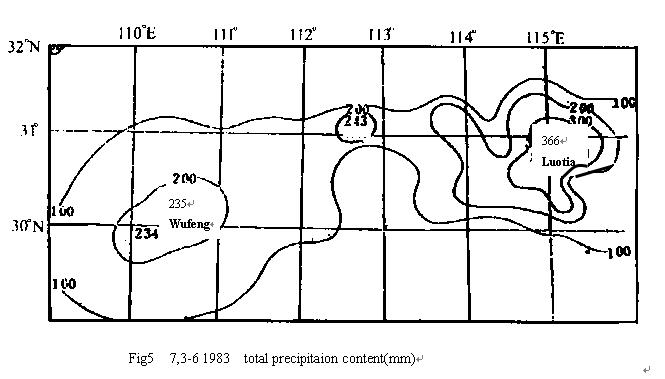 These two centres are in correspondence with the two wave troughs of lee;

2 Genesis and development of  lower eddy in lower layer

Becurse the lee trough in 500hpa appeared, field of pressure of lower atmosphere layer is influenced obviously. At ¦Áb

(1) topograph. abruptness of mountain is large;

4. summary.  main result in this paper is in the following:

(1) some terrential rain in middle and upper reachs of Changjiang river are caused by the lee trough in Qinghai-Tibet Pleteau.

(2) This lee trough appeaerance is sudden. It can be a lee wave.

(3). The lee wave can cause meso-b   (4).Precipitation of two centre in lee rainstorm exists seesaw phenomenon.