More
Regency D (Hyatt Regency Vancouver)
Ann M. Fridlind, NASA, New York, NY; and A. S. Ackerman
It has been nearly fifteen years since Rangno and Hobbs published their second major survey of microphysical properties of mixed-phase stratiform clouds in the Arctic. The principle surprise of their first study, published in 1998, was that temperature is not a very good indicator for the presence of ice in supercooled clouds. Their second paper focused more closely on the microphysical conditions supporting what they refer to as "relatively high ice particle concentrations" in slightly to moderately supercooled clouds, far too many to be explained by primary ice nucleation and often at colder temperatures than rime-splintering (the only well-established mechanism for efficient secondary ice production). Since then, numerous studies using many independent models have demonstrated that large-eddy simulations that treat mixed-phase microphysics can readily reproduce the basic properties of such clouds—that is, beyond occurrences of the relatively high ice particle particle number concentrations that Rangno and Hobbs identified as unexplained. Their invaluable survey remains the gold standard that ties such occurrences to the presence of cloud droplets large enough to initiate drizzle, providing the most important clue that we have for responsible processes. Recent reviews of detailed mixed-phase cloud simulations using well observed case studies (Fridlind and Ackerman 2018) and secondary ice production (Field et al. 2018) both point to the fact that their leading question about supercooled Arctic stratiform clouds—namely, how are so many ice crystals sometimes formed outside of the established rime-splintering temperature range?—remains open. That said, it is also the purpose of this work to strongly underscore that there is no mystery to stratiform mixed-phase cloud persistence in general. The suggestion of any such mystery can be perhaps most readily attributed to basing intuition on the textbook concept of cold rain formation, in which parcel glaciation is rapid whenever mixed-phase conditions occur. In contrast to that intuition, even such relatively high ice particle number concentrations that surprised Rangno and Hobbs are very low from the perspective of glaciating potential where they are found. We posit that mixed-phase stratiform clouds are instead best understood by considering the non-puzzling persistence of warm stratocumulus in the limit of negligible ice. Using large-eddy simulations and the ModelE3 climate model in single-column model mode, we demonstrate that development of sound intuition can clarify both likely sources of error in large-scale model parameterizations and physical interpretation of the well-known u-shaped phase occurrence frequency derived from in situ measurements. 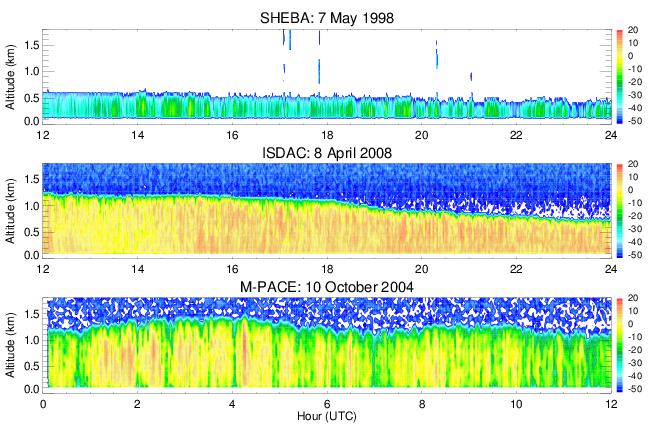