12.3 Constraints on the Size Distributions of Tropical Clouds

More
Regency D (Hyatt Regency Vancouver)
Timothy J. Garrett, Univ. of Utah, Salt Lake City, UT; and I. Glenn, S. K. Krueger, and N. Ferlay
Recorded Presentation
Tropical convective clouds evolve over a wide range of temporal and spatial scales, and this makes them difficult to simulate numerically. Here, we propose that their statistical properties can be derived within a simplified time-independent co-ordinate system of cloud number n, saturated static energy h*, and cloud perimeter λ. Under the constraint that circulations around cloud edge compete for buoyant energy and air, the product of cloud number and cloud perimeter nλ is invariant and cloud number follows a negative exponential with respect to cloud-edge deviations of h* from the mean. Overall, the summed perimeter of all clouds scales as the square root of the atmospheric static stability, which suggests that the complexity of cloud field structures can be viewed statistically as an emergent property of atmospheric bulk thermodynamics. Analytically derived conclusions are compared with a detailed tropical cloud field simulation and found generally to agree to within <13%. For the sake of developing hypotheses about cloud temporal evolution that are testable in high resolution simulations, the shapes of tropical cloud perimeter distributions are predicted to be invariant as climate warms, although with a modest increase in total cloud amount. 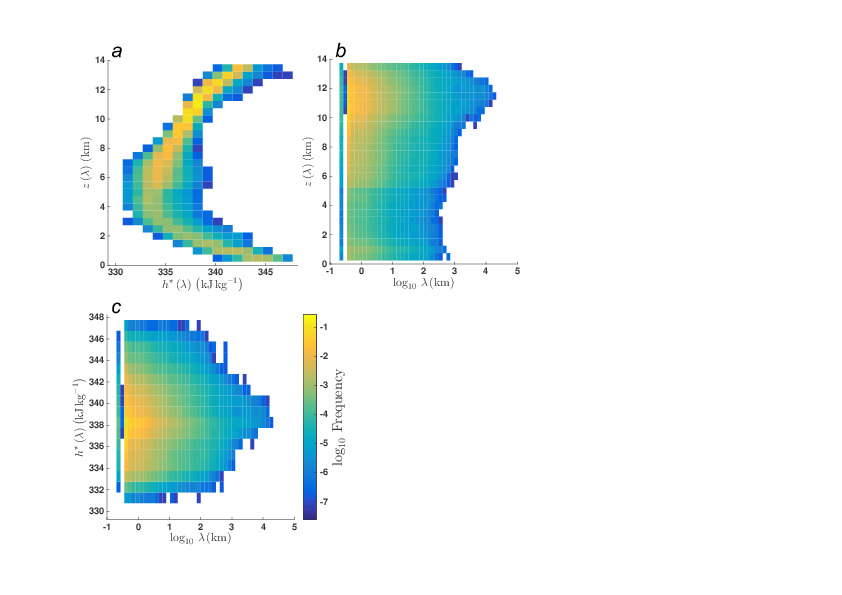