The National Centers for Environmental Prediction (NCEP) Global Ensemble Forecast System (GEFS) forecasts for the track of Hurricane Isaac (2012) differed when Isaac was entering the Gulf of Mexico.  The tracks of each ensemble member from one forecast cycle, shown in Fig. 1, show how weaker storms tended to turn more to the north and east than stronger storms.  Correlation coefficients between mean sea-level-pressure or maximum 10m wind speed and latitude were larger than 0.60 for model cycles from August 25, 00z, through August 28, 00z.

Operational deterministic models during this time period tended to forecast tracks that were too far north and east, as shown in Fig. 2, while the GEFS ensemble mean track stayed more south and west.  Track errors at lead times of 96 and 120 hours were 10% - 20% smaller than the Official National Hurricane Center forecasts during this time period. Relationships between ensemble member storm strength and environmental variables, such as mid-level mixing ratios, temperatures, relative humidity and wind shear are examined to find the causal relationship responsible for the strong correlations between track and member strength. 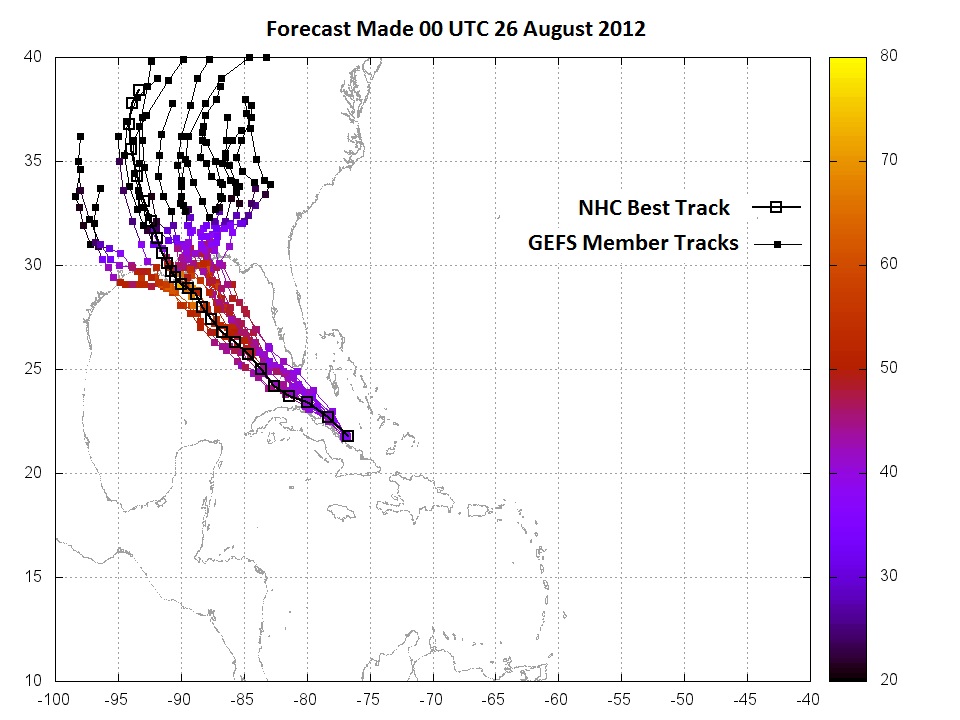 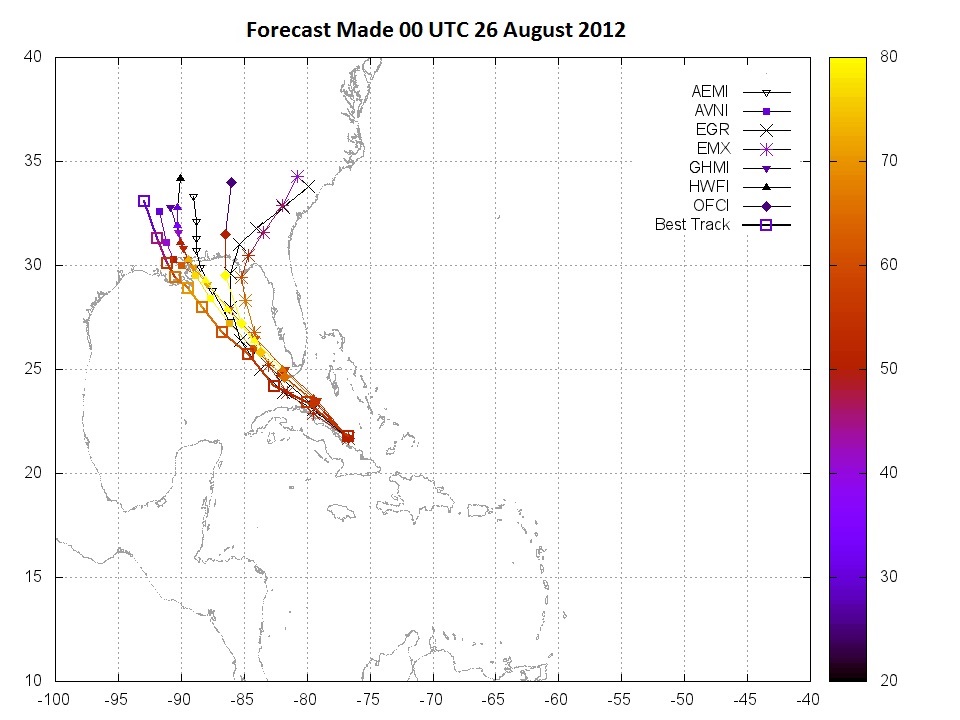