The atmospheric boundary layer (ABL) height separates turbulently mixed air and pollutants emitted at the ground from the free troposphere above and is an important parameter in numerical weather prediction and air pollution dispersion models. Discerning the ABL height over mountainous terrain has historically been difficult because of, for example, complex interactions with upper level winds, venting of humidity and aerosols into the free troposphere, and large spatiotemporal variability. ABL over mountainous terrain (MT) can closely follow the terrain, be flat, or be shallower than surrounding valleys depending on the time of day, synoptic conditions, and effects of the surrounding terrain. To determine the ABL behavior over MT, meteorological and greenhouse gas data collected by NASA aircraft during accents and descents over mountains across Central and Southern California during the 2009-2018 Student Airborne Research Programs (SARP) were analyzed. Synoptic conditions for California from 2009-2018 were analyzed via 1000-500 hPa geopotential heights and mean sea level pressure self-organized maps created from North American Regional Reanalysis data. Synoptic ridging occurred during each of the 2009-2018 NASA SARP research flights. Hyper-terrain and terrain following ABL behavior over MT were favored when a strong thermal low formed in the Central and Imperial Valleys and an upper level ridge was centered over California. 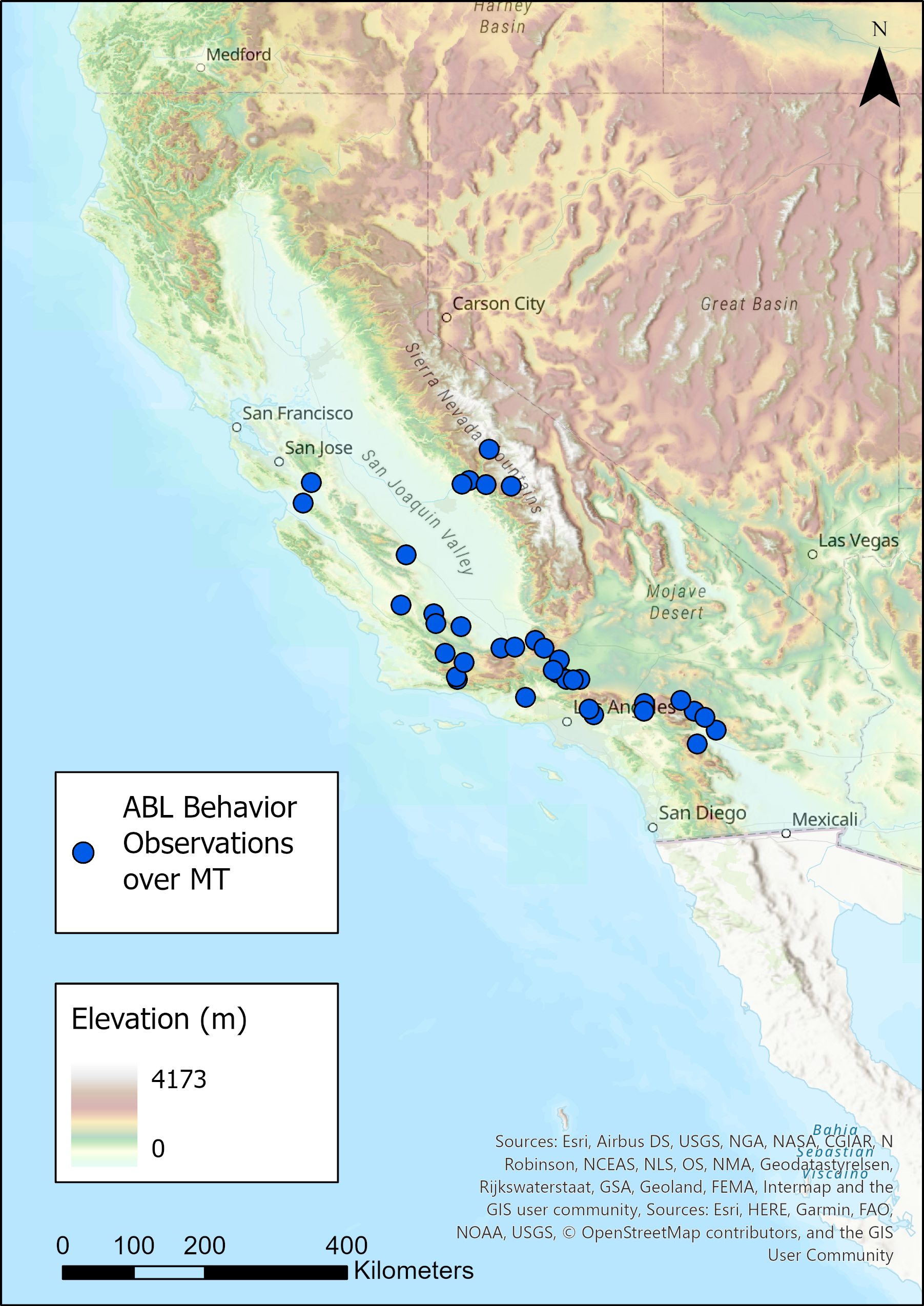