First, an isolated, upright, and rotating convective plume developed during the initial ignitions, which were conducted with helicopter. The plume rotation was cyclonic, with in- and out-bound flows of ~ 15 m s-1. Rotation was strongest close to the surface and decayed with height. Updraft speeds, estimated by lidar and radar, were ~25 m s-1.

Second, the plume broadened due to increased areal ignition (i.e., indrafting from multiple heat sources). The broad plume developed vigorous updrafts exceeding 35 m s-1 and initiated a deep pyroCu reaching ~10 km MSL. During this phase the lidar data clearly reveal the height of the cloud base within the plume, but interestingly there is little change in the polarimetric signature of the radar observations between the ash filled and ash-and-cloud filled portions of the plume. This suggests the primary scatter remains the ash, not the cloud droplets aloft. 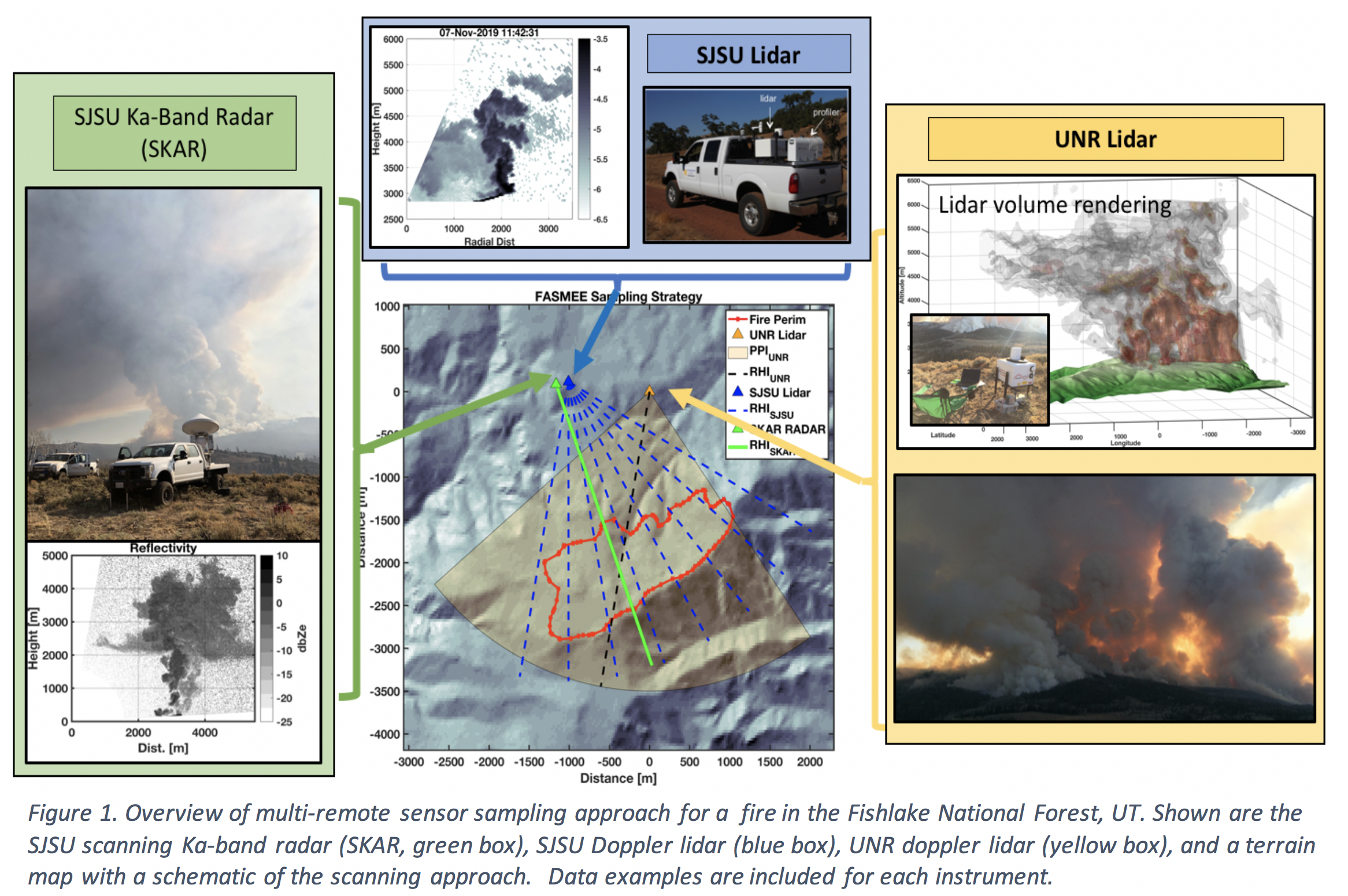