More
Salon A-E (Marriott Portland Downtown Waterfront)
Yakov Afanasyev, Memorial University of Newfoundland, St. John's, Canada
Saturn’s general circulation includes predominantly westerly winds with an embedded pattern of zonal jets. Polar circulation is also cyclonic with strong hurricane like vortices at both poles. Cassini images demonstrate that small-scale storms are in abundance in the polar areas. They are mostly anticyclonic and are believed to be the signatures of the convective plumes where air is rising to the top and diverging. We study the circulation in a rotating tank where convection is generated by heating from the bottom and by evaporative cooling from the surface. Optical altimetry (Altimetric Imaging Velocimetry) is used to measure the slopes of the surface elevation and to obtain the velocity fields of the flow, not unlike a satellite altimetry used by oceanographers (Fig. 1 shows the altimetric image of the surface of water in the tank with numerous convective "tornadoes"). Thermal imagery is used to measure the surface temperature fields. The results of our experiments allow us to propose a mechanism whereby general cyclonic circulation is generated by small-scale tilted convection. The tilt is due to misalignment of the effective buoyancy force with the direction of the planetary rotation. A theory predicting the observed cyclonic offset on Saturn is offered. We also suggest an alternative scenario of the polar vortices formation. 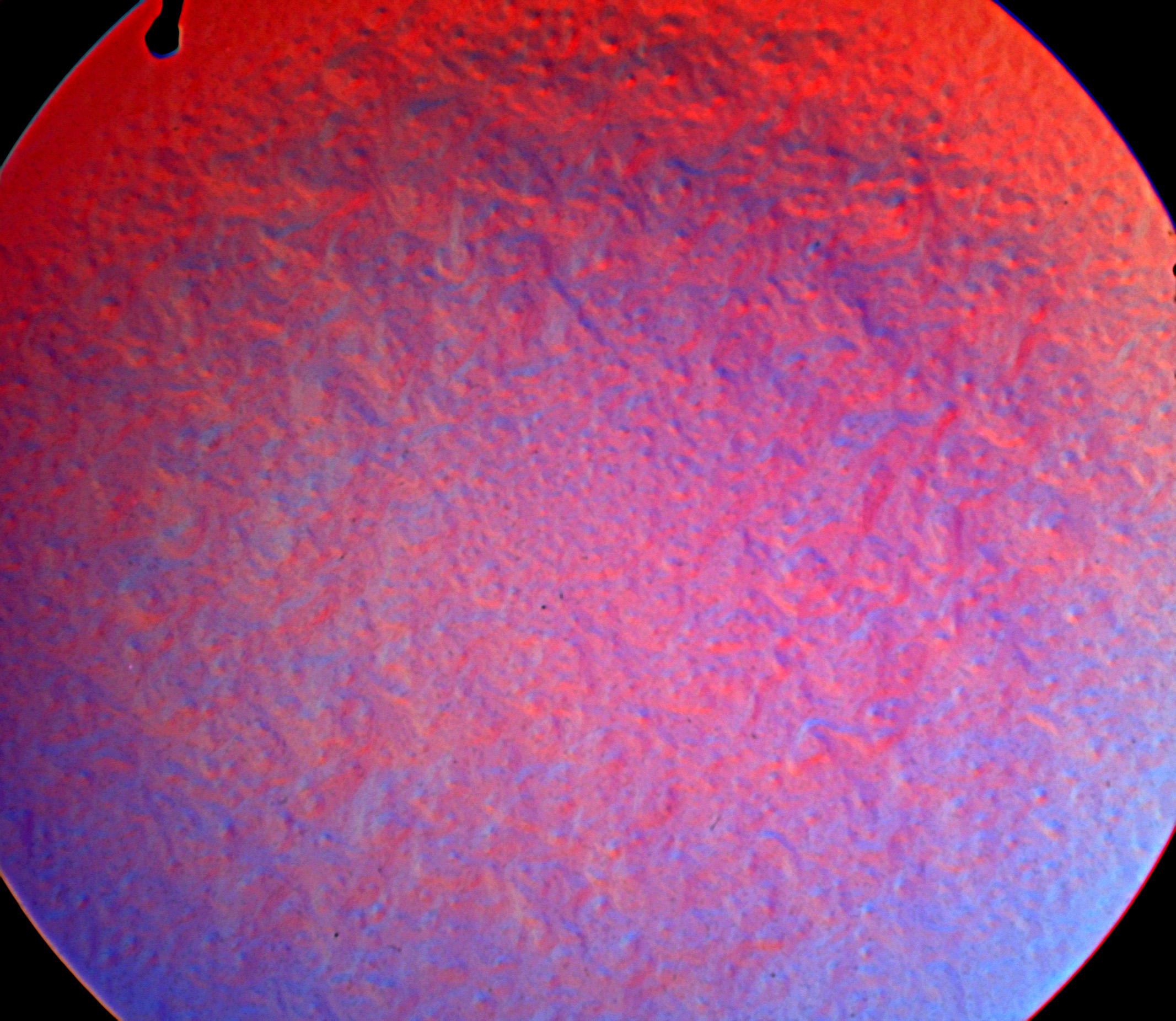