More
Salon F (Marriott Portland Downtown Waterfront)
Baylor Fox-Kemper, Brown University, Providence, RI; and N. Suzuki and A. Bodner
Recorded Presentation
Oceanic frontogenesis is related to the transport of tracers and drifters, and it importantly modulates air-sea exchange and energizes the submesoscale. This talk will present two new aspects of the theory of frontogenesis. First, the effects of surface gravity waves on frontogenesis will be presented, which was discovered in multiscale simulations simultaneously resolving the submesoscale and Langmuir turbulence. Surface gravity waves--through the Stokes shear force--can either enhance or weaken fronts, depending on the alignment of the fronts with the Stokes drift shear. Secondly, a perturbation theory for weakly viscous and diffusive strain-induced frontogenesis will be presented. This theory addresses the frictional or diffusive injection of potential vorticity as frontogenetic singularity is approached, and it predicts which dissipation mechanisms will be most significant in arresting or enhancing frontogenesis. The closed theory relies on application of Green's functions with potential vorticity point sources localized where frontogenesis is developing toward singularity. Large eddy simulation numerical results will be used to illustrate both new aspects of the theory. 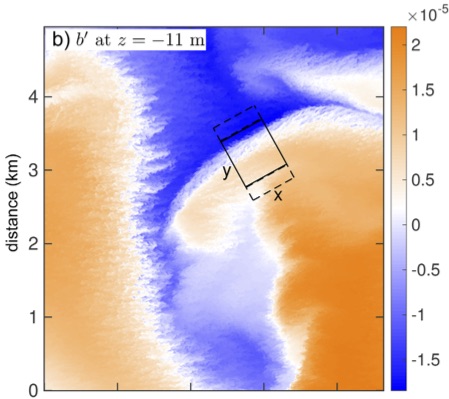