More
Salon A-E (Marriott Portland Downtown Waterfront)
Sean Haney, SIO, La Jolla, CA; and W. R. Young
Surface gravity wave groups induce time and horizontally varying mass flux. As wave groups pass by the mass flux is larger in the center of the group than in front or behind. This mass flux divergence induces “Stokes pumping”: downward flow ahead of the group and upward flow behind, creating a deep Eulerian return flow. Panel (a) of the figure shows the stream function for the deep return flow in an unstratified ocean beneath a surface wave group with gaussian amplitude modulation (the amplitude of the plotted surface waves is exaggerated for ease of visualization). The return flow extends thousands of meters (many times the wave group width) deep while the Stokes drift and surface wave orbital velocities extend at most a few tens of meters. In the stratified case, the Eulerian return flow wiggles isopycnals beneath the mixed layer, thereby radiating a wake of internal gravity waves. The stratified case is shown in panel (b) of the figure (dashed contours indicate negative values of the stream function), where the same wave group propagates over an ocean with constant stratification (buoyancy frequency, N = 7 × 10−3s−1). The radiated internal waves have frequencies near, but below, the buoyancy frequency, and wavenumbers near, but below, the maximum wavenumber given by 2N/c, where c/2 is the group speed of the surface waves. 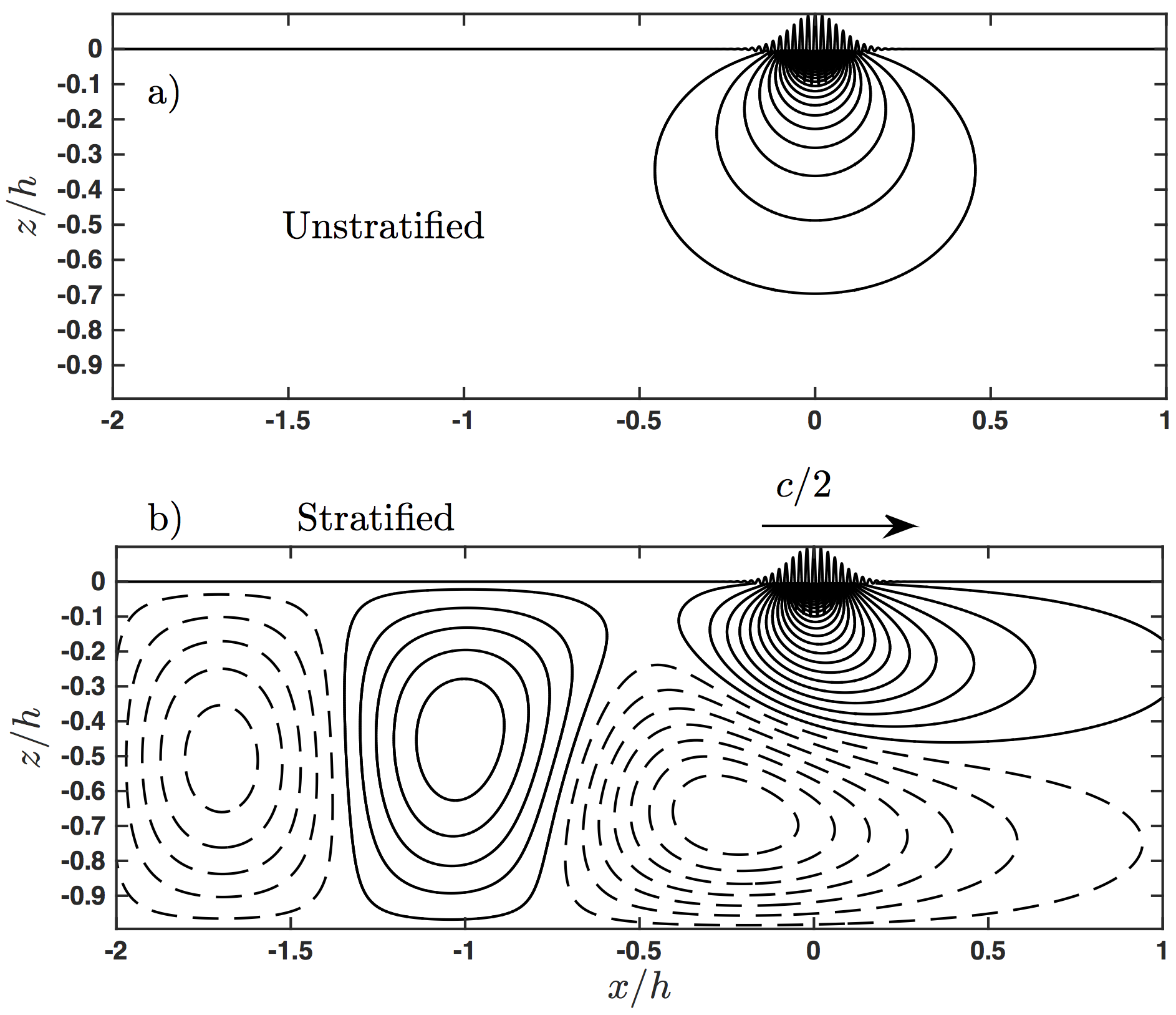