More
Salon A-E (Marriott Portland Downtown Waterfront)
Jun Yang, Peking University, Beijing, China; and D. S. Abbot, E. Tziperman, and Y. Ashkenazy
About 3500 planets around other stars have been confirmed, and the number is steadily increasing. Most of the exoplanets are in low-mass M-star systems. Here, we investigate the dynamical range of ocean circulation on terrestrial planets in the habitable zone of M stars. Due to the small planet-to-star distance and thereby strong tidal force, this type of planets is likely in synchronously rotating state. In this state, planetary rotation period is equal to orbital period and the planets have permanent daysides and nightsides (like the Moon). These planets should have different rotation periods, ranging from several days to tens of days. Using 3D global ocean-only and coupled atmosphere-ocean models, we perform a systematic study of the ocean circulation and investigate the possible dynamical range of ocean circulation on the planets. We find that there are two regimes for the ocean circulation, rapidly rotating and slowly rotating. The ocean circulation of the rapidly rotating regime is characterized by strong zonal (west-to-east) currents around the entire planet whereas the slowly rotating one has much weaker currents located around only the substellar region. The transition between the two regimes occurs at around a rotation period of 10 days. In global mean, surface temperature of the former is about 20 K warmer than that of the latter one (ref. the attached figure). This is mainly because of the effects of ocean heat transport on sea ice distribution and cloud coverage. We will also discuss the role of ocean heat transport in the width of the habitable zone around the stars, especially for the inner edge. 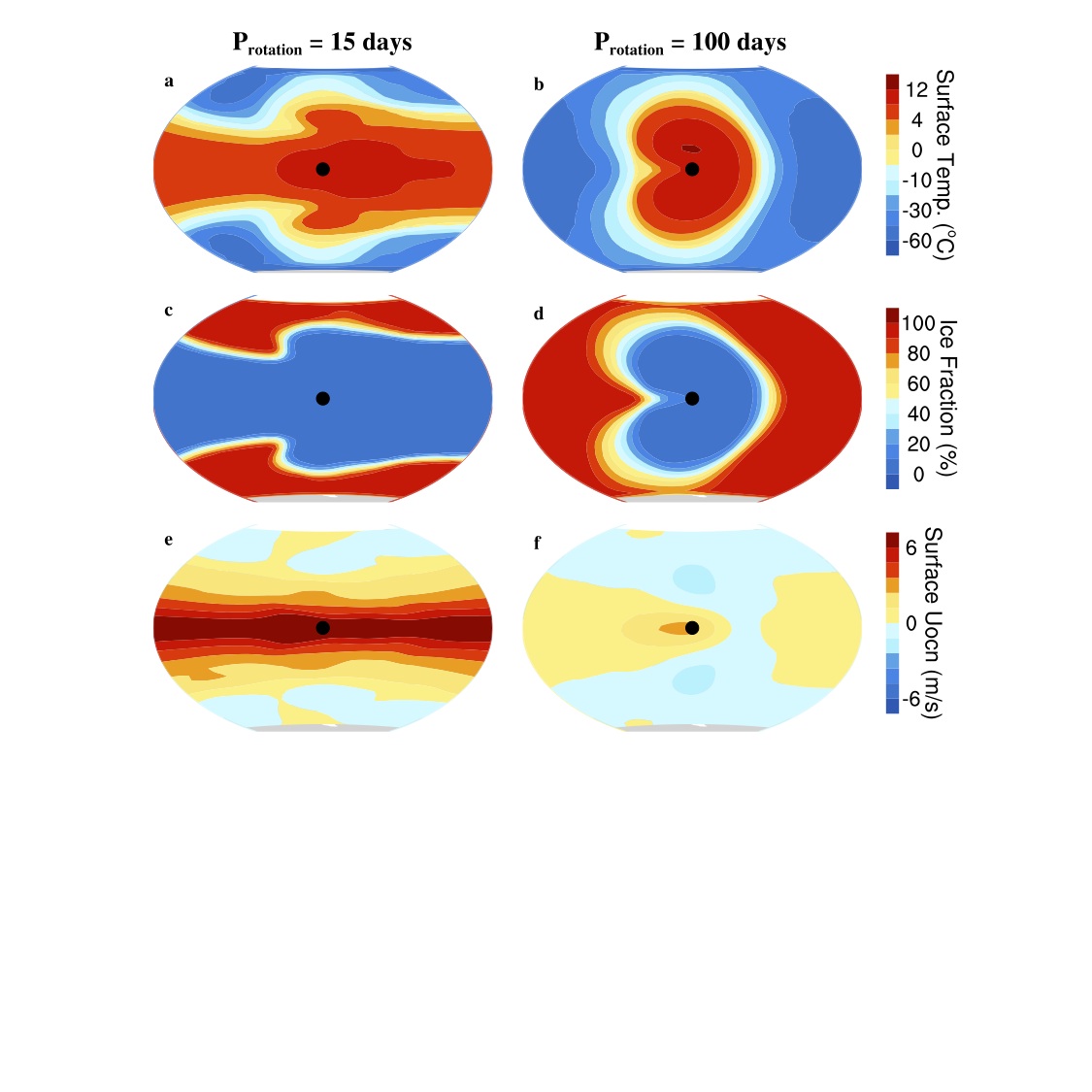