4B.5 The Influence of Arctic Oscillation For Dry Conditions Over Eastern Mediterranean

More
Mt. Roan (Crowne Plaza Tennis and Golf Resort)
Sinan Sahin, NAMIK KEMAL UNIVERSITY, Tekirdag, Turkey; and M. Ivanov, M. Türkeş, E. Xoplaki, and J. Luterbacher
Recorded Presentation
The larger Mediterranean basin is an important region for the study of the climate, hydrological cycle, and future climate change and variability because of its links with the large-scale atmospheric and oceanic teleconnections and circulations. In this study, the relations between seasonal moisture budget (precipitation minus evaporation) and Arctic Oscillation (AO) associated with dry conditions in the Eastern Mediterranean Basin were investigated. According to this study, AO index is a better indicator of driest/wettest conditions variability over larger Mediterranean Basin. The seasonal moisture budget was calculated using the National Center for Environmental Prediction (NCEP)—National Center for Atmospheric Research (NCAR) reanalysis data for the period 1949–2014. The atmospheric moisture budget equation proposed by (Trenberth and Guillemot 1995) was used which was derived from the equation of state, the hydrostatic equation, and the continuity equation. Winter circulation patterns for explaining the changes in driest and wettest conditions were focused on, since winter is the season in which atmospheric circulation is more important to define the climate variability in the Mediterranean basin.

Figure a,b:Geographical distribution patterns of 3-month SPI values calculated for the Eastern Mediterranean Basin for the selected two winters during the period 1949-2010. 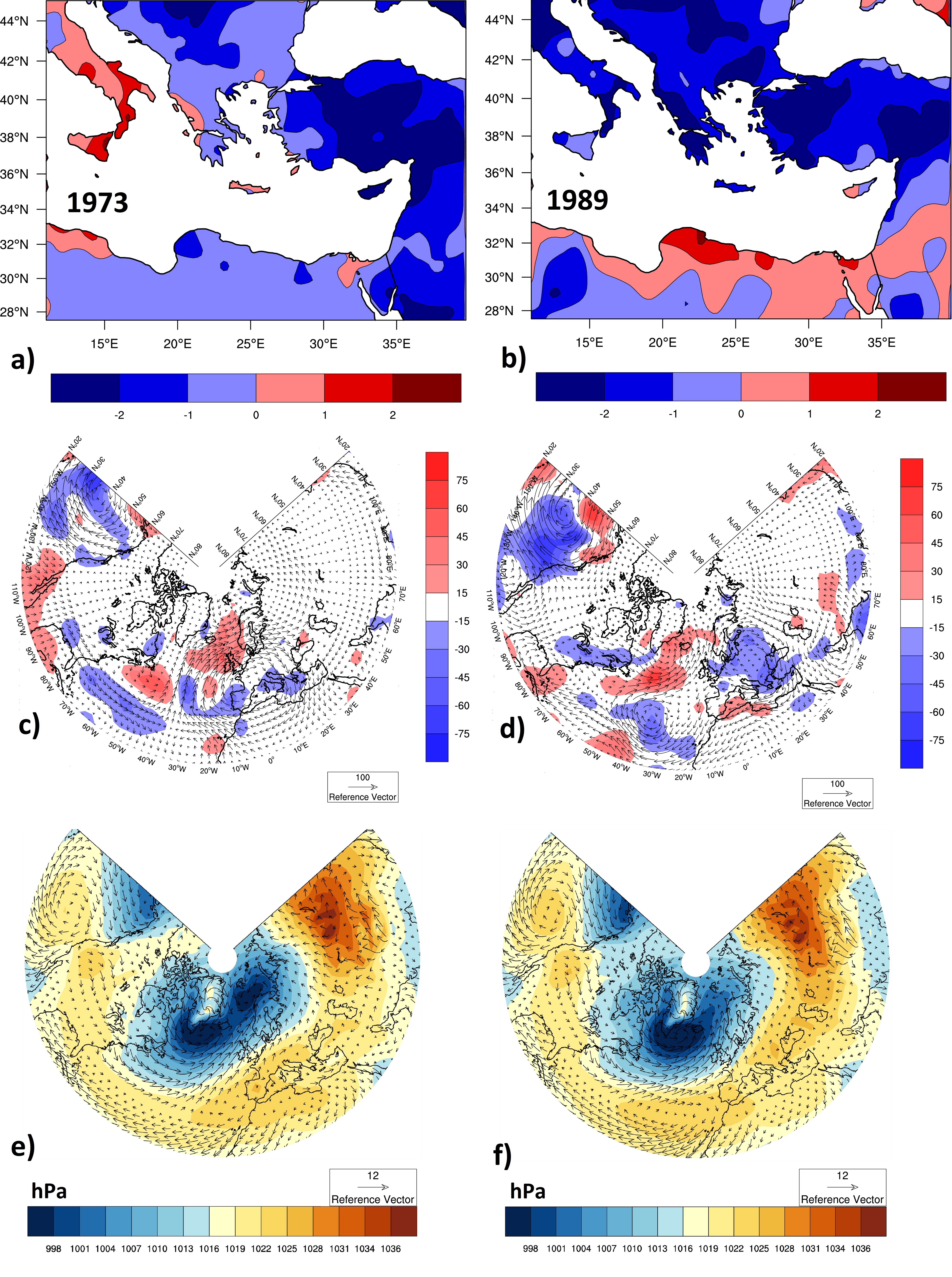