Each locale is defined by a closed polygon that is used to extract LOCA-based extremes metrics specific to the area. For each metric, single-model data at each LOCA grid location are first averaged over several 30-year historical and future periods. Then, for each metric, the spatial average across the region is calculated using model weights based on both model independence and reproducibility of current climate conditions. The range of single-model results is also captured on the same localized basis, and then combined with the weighted ensemble average for each region and each metric. An example for cooling degree days (CDD) in the Los Angeles area is shown below.

We also discuss lessons learned in the development and application of these techniques, as well as their relevance to risk analysis for adaptation planning. 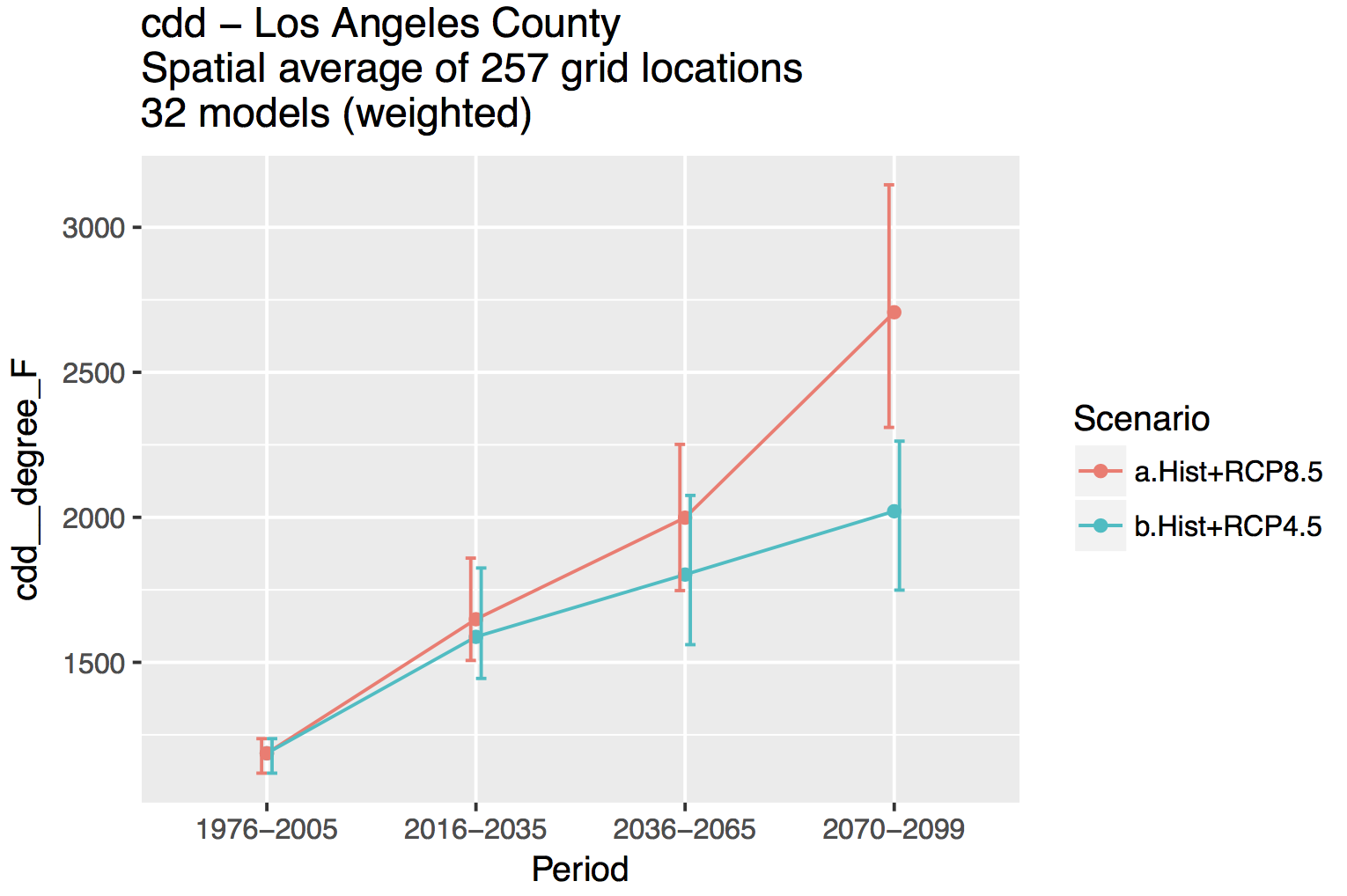