In prior conference forums, the Owl Horn Signature (OHS) was presented as identified from data obtained with the mobile X-band radar from the University of Massachusetts. Numerical simulations were conducted and also presented to determine the processes by which the signature forms. The signature was deemed to be of some operational utility, since, in all cases examined, storm splits occurred soon after the appearance of the OHS (helping to indicate the imminent severity of the storm). Also, in nearly every case (except for one storm, which was obliterated early in its life by a large linear complex of thunderstorms), the storms subsequently produced funnel clouds or tornadoes.

It was previously thought that the OHS would not be detectable by the WSR-88D owing to the radar's too-infrequent scanning pattern and too-coarse resolution. However, since 2004, several instances of the OHS in WSR-88D data have been observed, some in very close proximity to the radar. All of these cases ultimately produced tornadoes.

This presentation will first summarize meteorologically the most prominent WSR-88D cases since 2004 (including potential NWS operational impacts by considering the signature in warning decisions), and show where they fall in the spectrum of hodographs depicted in Kramar et al. (2005). A brief review of the process by which the OHS is generated will follow, and ultimately radar velocity data will be examined for consistency with the conceptual model of OHS formation. 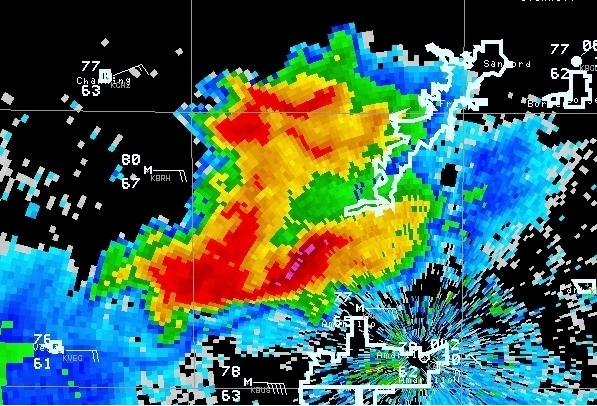