One primary advantage of the hotplate precipitation sensor, relative to weighing gauges, is the hotplate does not become obstructed with accumulated snowfall. Additionally, a hotplate-based wind speed measurement is not biased by accumulated rime or snow, this being a common problem for vane-type anemometers. Here, we report on wintertime snowfall rates measured by three co-located hotplate sensors. At our measurement site (Laramie, Wyoming), the daytime wind speed is 5 to 10 m/s and the snowfall rate seldom exceeds 5 mm/hr (liquid equivalent). Three hotplate sensors were calibrated following the procedure described in Zelasko et al. (2018). Calculations of precipitation rate were based on the algorithm described in Zelasko et al. (2018) (the UW algorithm). Before field deployment, we conducted indoor (unventilated) tests where we challenged each of the hotplates to a range of reference precipitation rates. Relative to the reference, the manufacturer’s proprietary algorithm (the YES algorithm) overestimates the precipitation rate by 10%. This bias is discussed in Zelasko et al. (2018). Based on the UW algorithm, there is good agreement with the reference rate. Analysis of four 2019-2020 snowfall events shows the YES algorithm overestimates the UW algorithm by 10 to 40%. Wind speeds output by the YES algorithm, and the UW algorithm, are in good agreement. As such, the snowfall rate discrepancy does not appear to be attributable to differing values for the wind-speed-dependent snow particle catch efficiency. Preliminarily, we attribute the snowfall discrepancy to the fact that we apply the actual collection plate surface area in the UW algorithm and to differences between how we, and the manufacturer, formulate a hotplate’s energy budget. 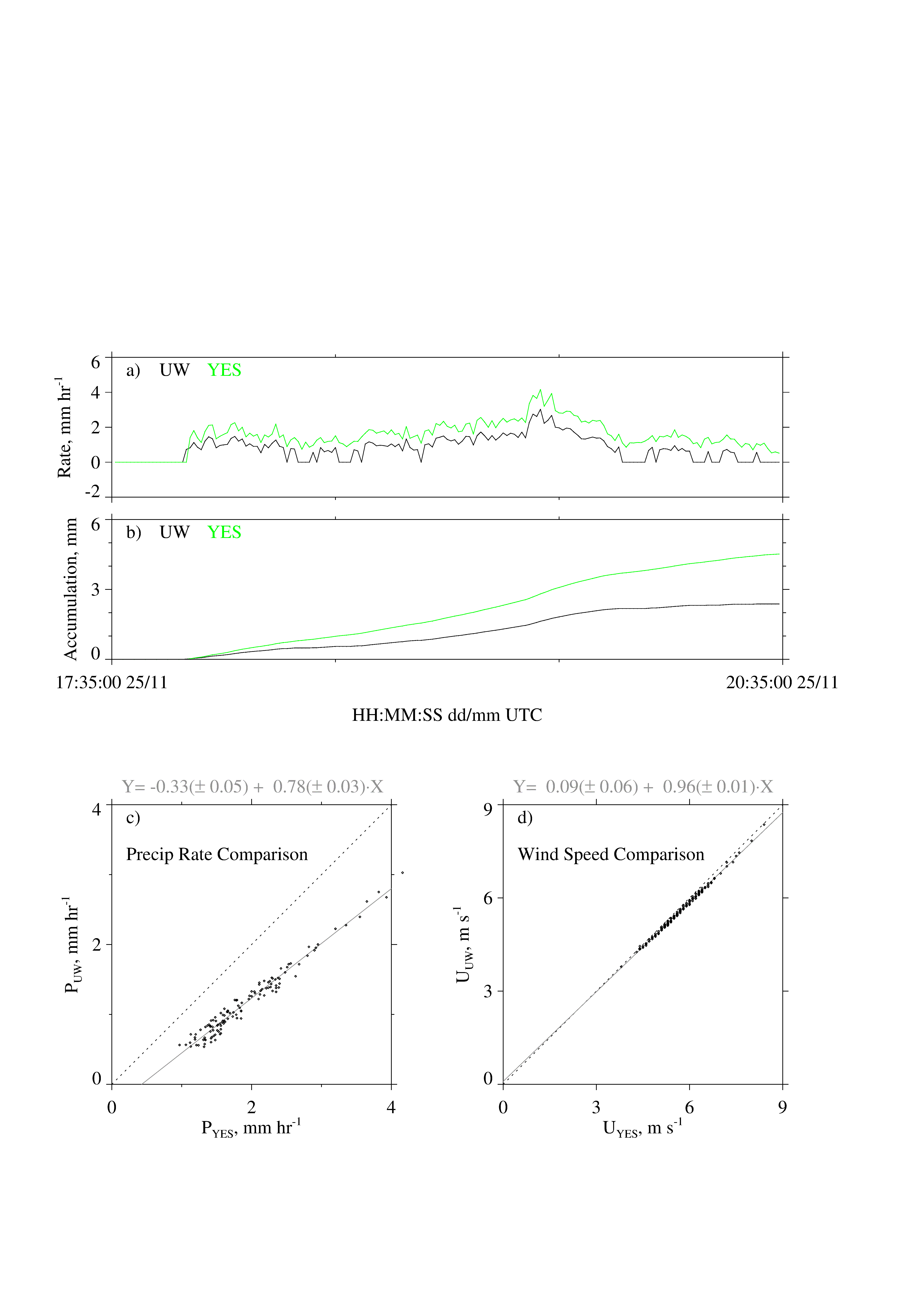