More
Salon A-E (Marriott Portland Downtown Waterfront)
Bettina Meyer, ETH, Zürich, Switzerland; and T. Schneider
In general circulation models (GCMs), atmospheric boundary layer processes such as turbulent fluxes of entropy and specific humidity cannot be resolved explicitly but must be represented by parameterization schemes. Most current parameterization schemes truncate the hierarchy of moment equations at first order and use second-order equations to estimate closure parameters, e.g., in local diffusive or non-local mass flux closures. However, truncations of moment equations at second order may lead to more accurate parameterizations. At the same time, they offer an opportunity to take spatially correlated structures (e.g., plumes) into account, which are known to be important for convective dynamics.

Here we demonstrate the viability of a spatially nonlocal second-order closure (CE2), obtained by truncating the hierarchy of cumulant equations at second order and neglecting cumulants of 3rdorder and higher. To explore the applicability of the CE2 closure, we study characteristics of different turbulence regimes through LES, comparing fully nonlinear LES with quasi-linear (QL) LES, in which interactions among turbulent eddies are suppressed but nonlinear eddy—mean flow interactions are retained, as they are in the CE2 closure. In physical terms, suppressing eddy—eddy interactions amounts to suppressing, e.g., interactions among plumes, while retaining interactions between plumes and the environment (e.g., entrainment and detrainment). That is, the CE2 closure explicitly resolves entrainment and detrainment, obviating the need to parameterize them.

First results show that a QL simulation is able to capture important properties of dry convective boundary layers: The well-mixed nature and the rate of growth of the deepening boundary layer are well captured, without the need to introduce closure parameters. Furthermore, instantaneous flow fields reveal that the plumes and their vertically coherent structures are well represented. We will also report results of simulations of moist boundary layers, such as the BOMEX intercomparison case.

A computational disadvantage is that solving the resulting equations for the second-order cumulants numerically in general is costly. We will be discussing ways in which additional assumptions (e.g., about horizontal correlation structures among turbulent fields) may lead to closures that are computationally efficient, yet more accurate than existing closures. 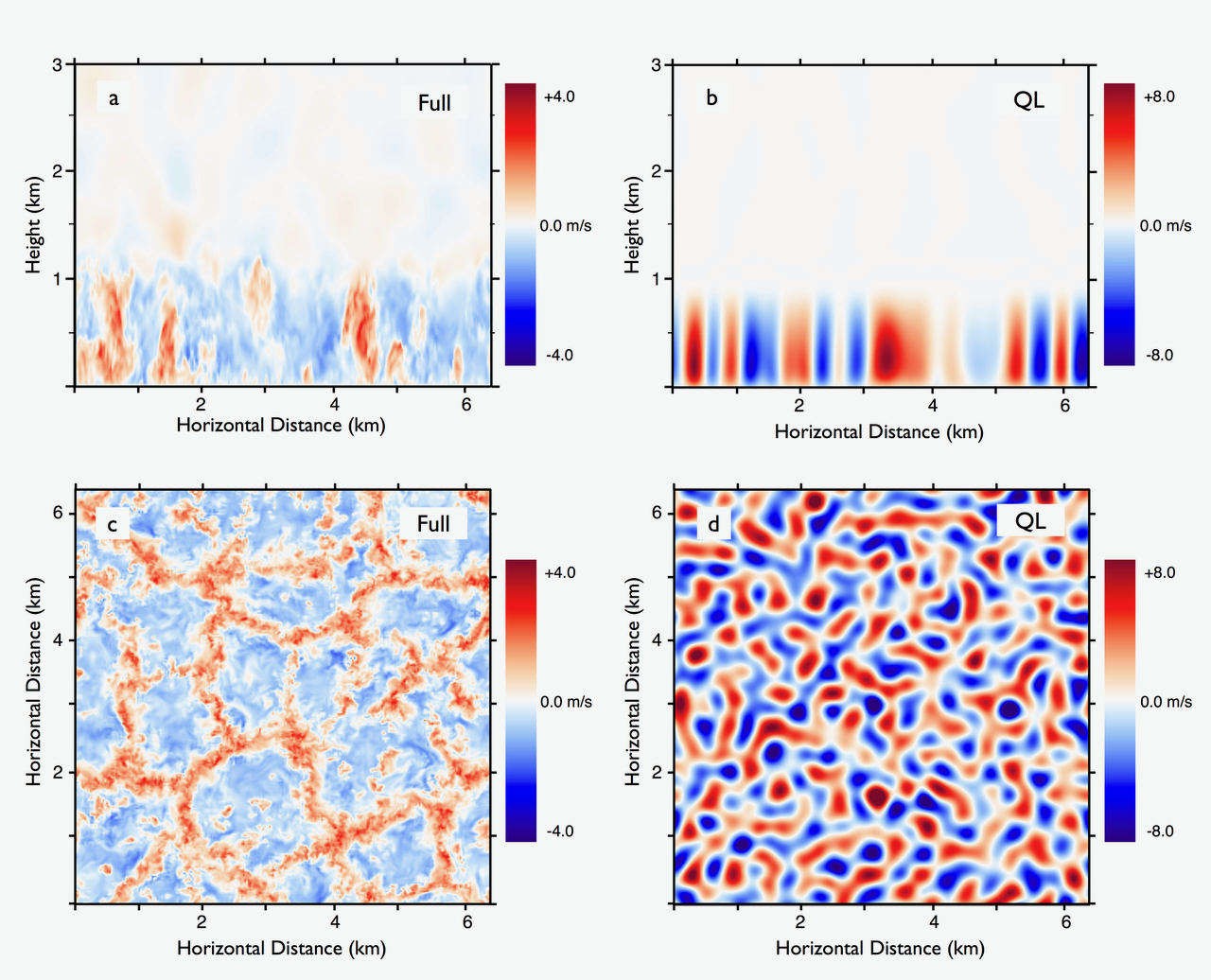