14A.3 24 June 2015: A Case Study of Elevated Convection Initiation Poleward of a Warm Front during PECAN

More
Pavilion Ballroom East (Hilton Portland )
Scott Kehler, University of Manitoba, Winnipeg, MB, Canada; and J. Hanesiak
Recorded Presentation
The initiation of elevated nocturnal convection presents one of the most challenging forecasting problems for operational meteorologists. The lack of research into this topic, and the challenges it presents, led to the Plains Elevated Convection at Night (PECAN) field campaign, conducted between 1 June to 15 July 2015. PECAN had several research questions, but only the question dealing with the initiation of elevated convection is addressed here.

During PECAN, an intensive observation period (IOP) was conducted on 24 June 2015 to observe elevated convection initiation poleward of a warm front over eastern Nebraska and western Iowa. Figure 1 shows the deployment of assets during this IOP. Mobile rawinsonde units were deployed and were able to sample a stream of moisture isentropically ascending a warm front. The frontal slope derived from these observations averaged 1:180 at 0300 UTC, but decreased to 1:320 by 0600 UTC. This change in frontal slope is consistent with the previous study by Trier and Parsons (1993), which showed a shallower and more “wedge-shaped” front after sunset. However, the frontal slope in this case was not constant and contained many variations. The presence of variations in warm frontal slope has been previously observed, however (Locatelli and Hobbs 1987; Neiman et al. 1993). A maximum in equivalent potential temperature was found at the frontal surface, with values of 350-355 K. Backward parcel trajectories from the elevated convection were found to have originated south of the warm front near the surface ~24 h earlier, having ascending the frontal surface to ~700 hPa before convection initiation occurred.

This research aims to improve our understanding of the processes by which elevated convection is generated at night through the interaction of the low-level jet with surface fronts. Analyses of the frontal structure and parcel trajectories in the frontal zone are shown to address this research question.

Locatelli, J. D., and P. V. Hobbs, 1987: The mesoscale and microscale structure and organization of clouds and precipitation in midlatitude cyclones. XIII: Structure of a warm front. J. Atmos. Sci, 44, 2290–2309. 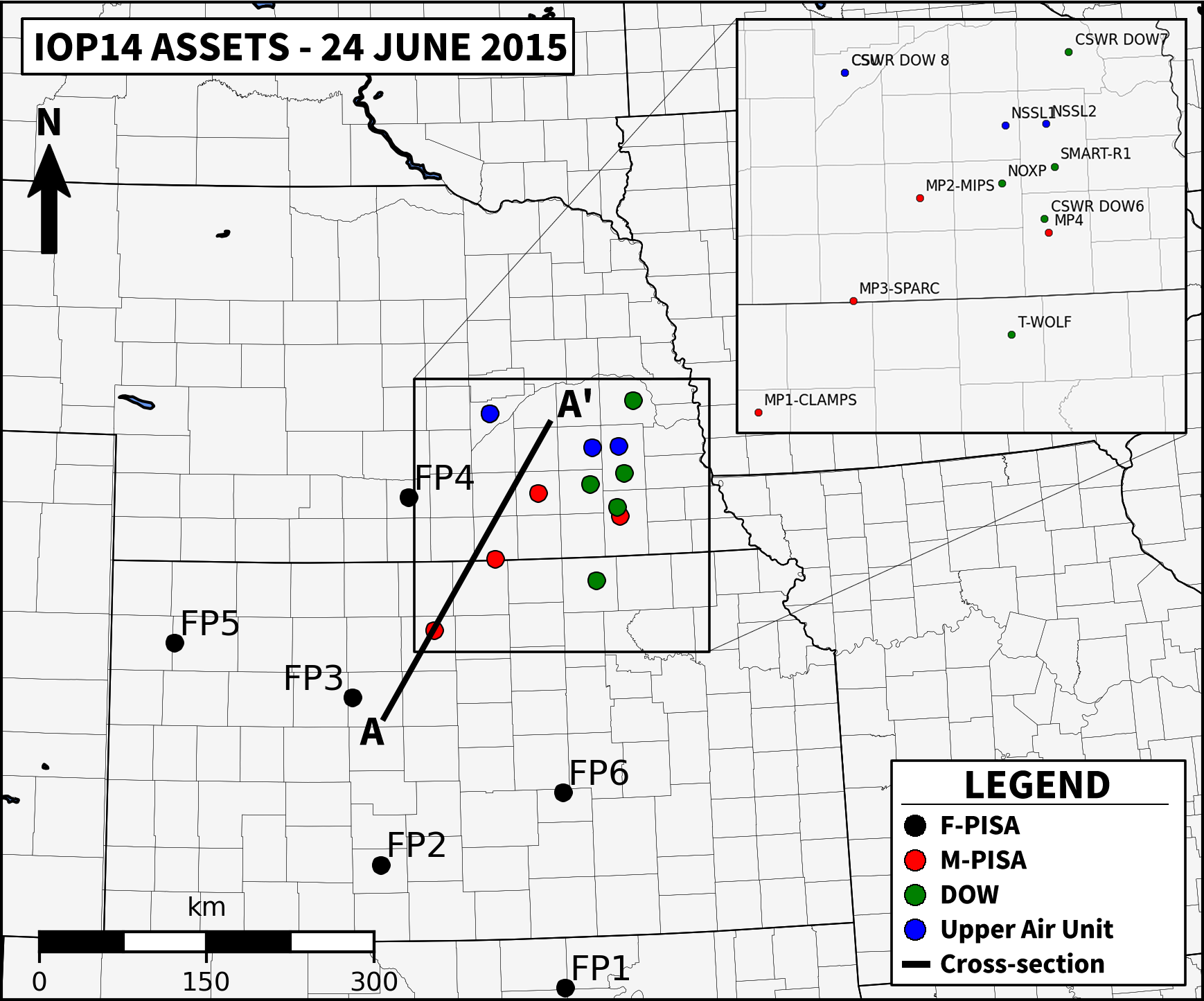