11A.2 Simulations of Violently Tornadic Supercells

More
Pavilion Ballroom East (Hilton Portland )
Leigh Orf, University of Wisconsin - Madison, Madison, WI; and B. D. Lee, C. A. Finley, R. B. Wilhelmson, and A. L. Houston
In Orf et al. (2016), an overview of a numerically simulated supercell that produces a long-track violent tornado was presented. The CM1 (Bryan and Fritsch 2002) simulation was initialized with the conditions adjacent to the 24 May 2011 El Reno, Oklahoma supercell that produced an observed long-track EF5 tornado. The simulated tornado formed following the consolidation of dozens of misocyclonic vortices and vortex patches along the storm's forward-flank downdraft boundary in concert with the development and organization of a region of horizontally oriented streamwise vorticity that becomes tilted as it is ingested into the storm's vigorous updraft.

In this work, we present an overview of new CM1 simulations conducted on the Blue Waters supercomputer, initialized with the same environmental conditions, but with different model parameter choices, at different resolutions, and with a newer version of the CM1 model in order to explore simulation sensitivity. In a free-slip simulation run at 20 meter isotropic grid spacing, a violent tornado forms, initially with a single-celled structure, then transitioning into a two-celled tornado before becoming a wide, multiple-vortex tornado. A 20-meter simulation incorporating surface friction reveals notably different storm structure at low levels compared to a free-slip simulation and produces a shorter-lived, less intense tornado. These and other simulations utilizing an updated version of the CM1 model will be presented and the salient characteristics of the simulations will be compared and contrasted. 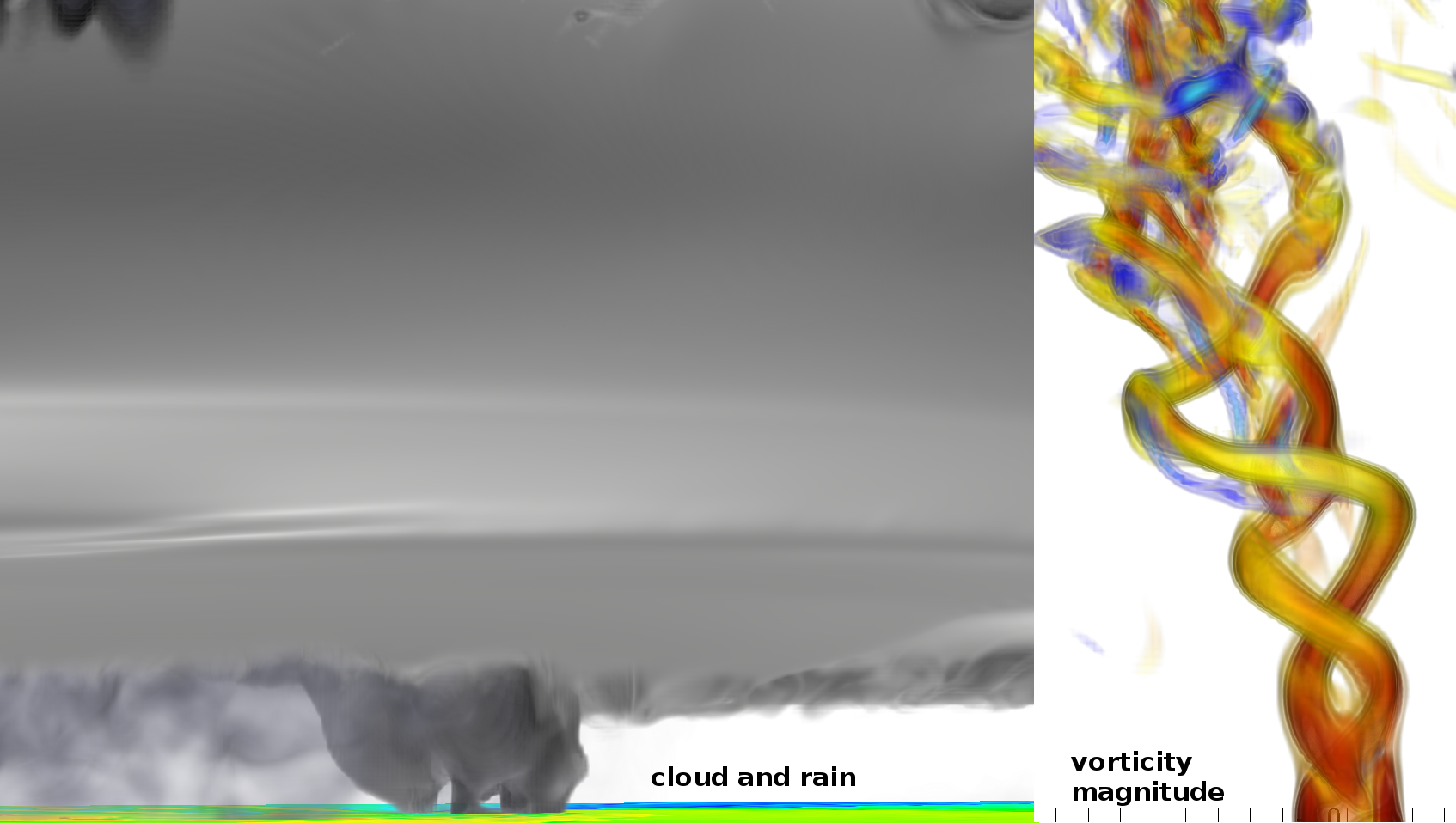