More
Pavilion Ballroom West (Hilton Portland )
Bogdan Antonescu, University of Manchester, Manchester, United Kingdom; and D. M. Schultz, P. Groenemeijer, and A. M. Holzer
Recorded Presentation
Despite what is often assumed by the general public and even by meteorologists and researchers, tornadoes do occur in Europe and they are associated with damages, injuries and fatalities. The reported frequencies and intensities of tornadoes in Europe are lower compared to the United States. This is likely the reason why tornadoes are not a well-established subject of research in Europe and are not a priority for European meteorological services. Few European meteorological services have developed and maintained tornado databases and even fewer have issued or are currently issuing tornado warnings. Without systems to keep the information from past events (i.e., frequency, spatial distribution, intensity, societal and economical impact, meteorological conditions), without research programs to support the forecasting and nowcasting of tornadoes and without measures to reduce tornado vulnerability, European tornadoes will always be perceived as a curiosity. Here our aim is to further increase public and also institutional awareness on the threat of tornadoes to Europe. Tornado reports from European Severe Weather Database were used here to analyze societal and economic impacts of tornadoes in Europe. Thus, from the 5467 tornadoes reported between 1950–2015 on 3216 tornado days

Although tornadoes cannot be prevented, their societal and economical impact can be reduced and potential disaster can be avoided. Currently, as far as the authors are aware, there are no tornado preparedness and response programs for Europe. We end our discussion with a call to action for the general public, meteorologists, researchers, decision makers and emergency managers concerning the threat of tornadoes to Europe that we hope will 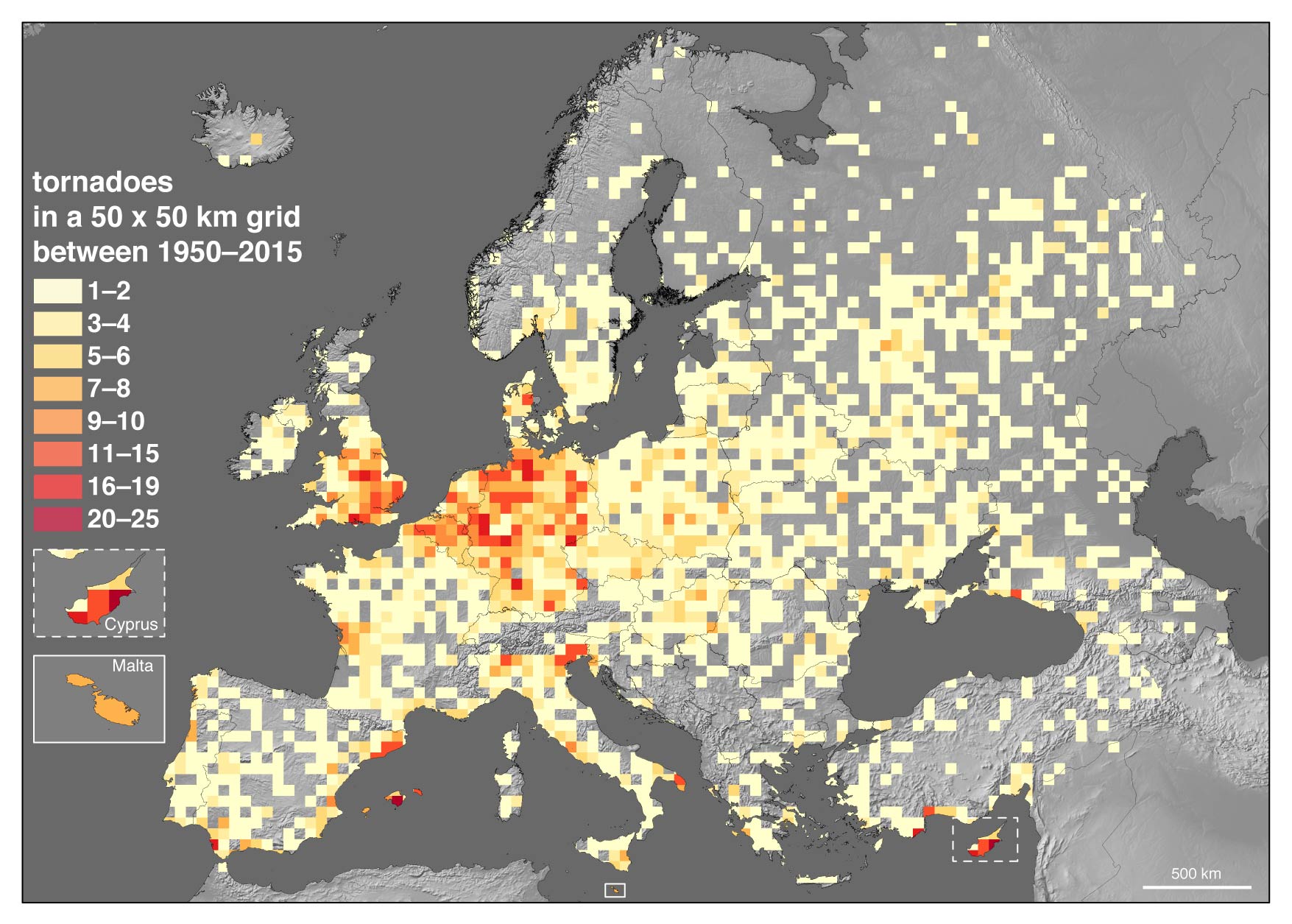