10C.2 The Extreme Intensification and Predictability of 2015's Hurricane Patricia

More
Champions ABC (Sawgrass Marriott)
Falko Judt, NCAR, Boulder, CO; and K. R. Fox
Audio File
Recorded Presentation
Hurricane Patricia of 2015 was a record-breaking tropical cyclone in the East Pacific. Although Patricia’s rapid intensification did not come as a total surprise, operational models and the National Hurricane Center’s official forecast failed to predict the rate of Patricia’s intensification (105 kt in 24 h) as well as its extraordinary peak intensity of 185 kt. To investigate the factors behind Patricia’s extreme intensification, we simulated Patricia using the Weather Research and Forecasting Model. Some simulations captured Hurricane Patricia’s intensification rate and peak intensity, but others did not. In all simulations, Patricia’s environment was conducive for strengthening, indicating that a favorable environment is necessary but not sufficient for the hurricane’s intensification. Other factors determining the simulated intensity were model resolution and the structure of the initial vortex. Patricia’s predictability was explored using stochastic ensembles. Ensemble spread was minor, which--somewhat unexpectedly--suggests that this case had high predictability, at least relative to other well-studied rapid intensification events such as 2010’s Hurricane Earl. Simply put, this research shows that numerical models are, in principle, able to predict extreme events such as Patricia if (1) the grid spacing is ≤1 km, (2) the initial condition include a realistic vortex, and (3) the model accurately captures the environmental conditions. 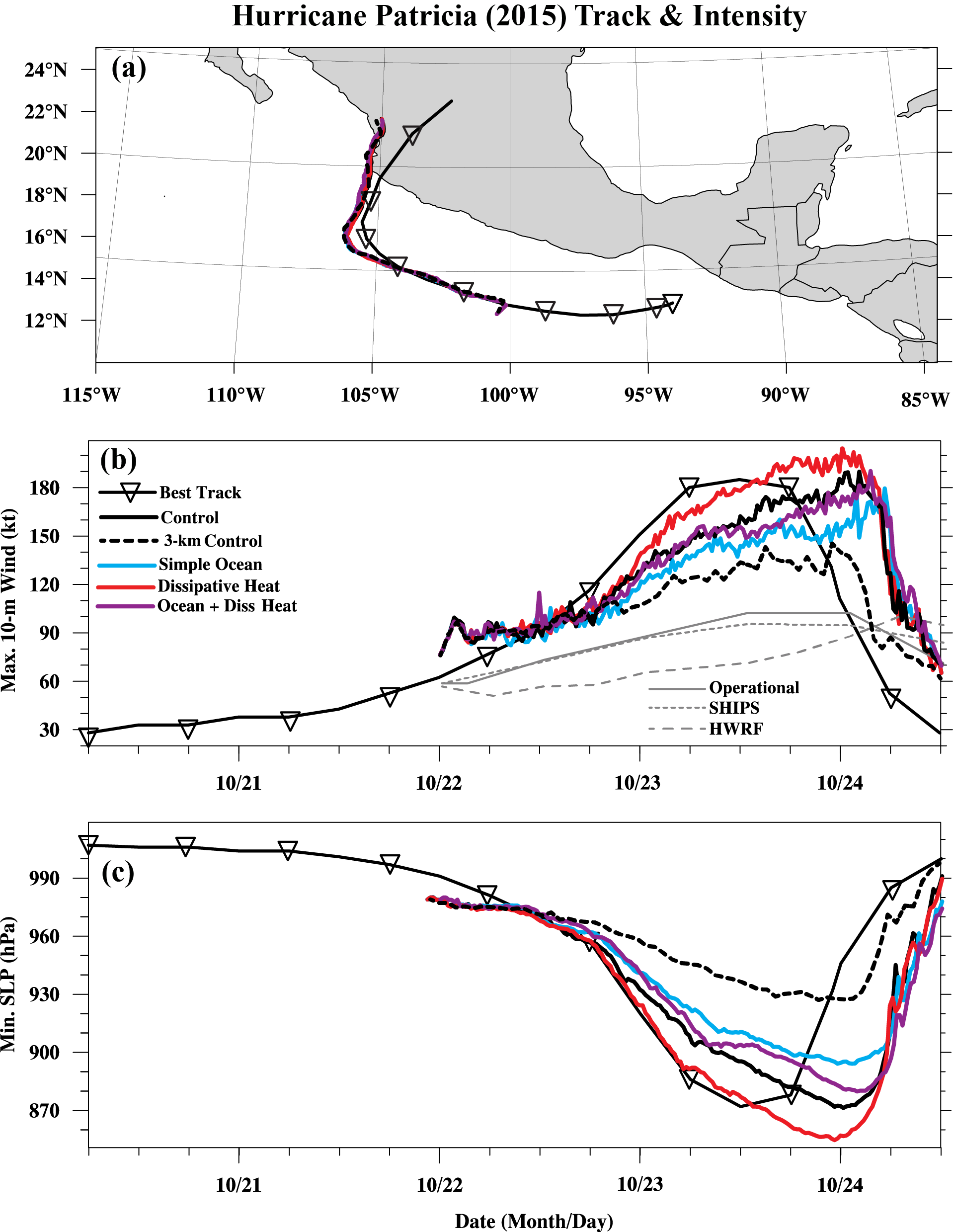