Once communications started to malfunction, the staff quickly shifted to their personal phones in order to access the NWSChat, disseminate information and respond to public inquiries through social media. When communications completely failed, the staff turned to the only radio station that was operating at the time. This radio station not only served as a source of outside information, but also served as a communication tool during this event. Through a live radio segment, NWS San Juan was able to disseminate weather information, which consisted of warnings, river and streams data, as well as the latest advisories on Hurricane Maria. In an effort to fulfill NWS mission, the staff of the NWS San Juan innovated and used the limited resources on hand to go above and beyond and serve the people of Puerto Rico.

Figure 1: Municipalities in Puerto Rico that were under an Extreme Wind Warning (EWW) as a result of the passage of the catastrophic category 4 Hurricane Maria across Puerto Rico. 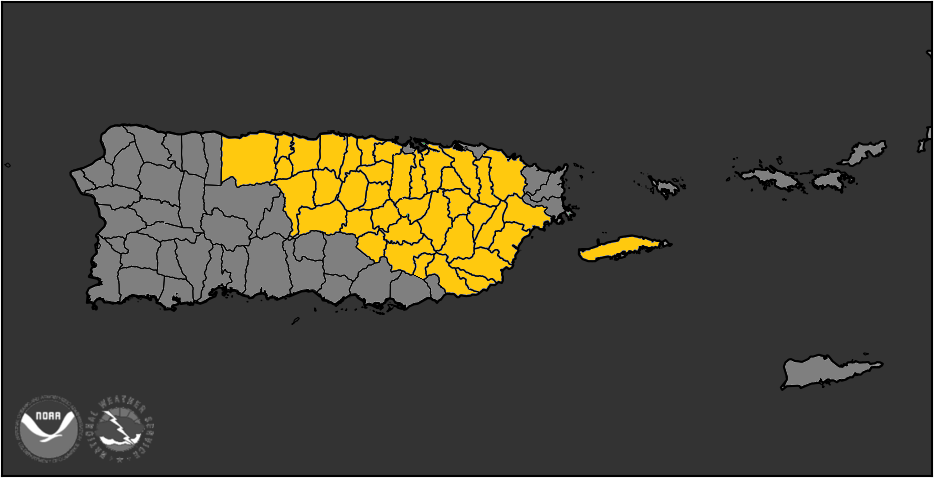