3B.6 Atmospheric Rivers and Debris Flows in California during Water Years 2005–2014

More
602 (Washington State Convention Center )
Jason M. Cordeira, Plymouth State Univ., Plymouth, NH; and A. M. Young and K. T. Skelly
Recorded Presentation
Atmospheric Rivers (ARs) are characterized by long, narrow bands of enhanced integrated water vapor (IWV) and integrated vapor transport (IVT) and can be associated with precipitation extremes and high-impact events (e.g., floods and flash floods) in California.  The floods and flash floods may also be accompanied by debris flows during exceptionally extreme rainfall events in susceptible watersheds.  This presentation illustrates the relationship among landfalling ARs and debris flows in California. Debris flows recorded within the NCEI Storm Database preferentially occur during the cool season when precipitation and landfalling ARs are most common in California.  These debris flows frequently occur on days with landfalling ARs in coastal regions and in the northern half of California, as compared to other locations, and on days with extreme precipitation (e.g., precipitation in the top 1–5% of days with >0 mm of precipitation).  Landfalling ARs are confirmed through comparison with a climatology of landfalling ARs by Rutz et al. (2014) and composite analyses of IWV, IVT, and sea-level pressure on days with debris flow reports. These composite analyses illustrate that the orientation of IVT associated with landfalling ARs, and not necessary the magnitude, is an important factor in the occurrence of debris flow; orientations orthogonal to the northern Coastal Ranges or southern Transverse Ranges create optimal conditions for extreme orographic upslope precipitation. 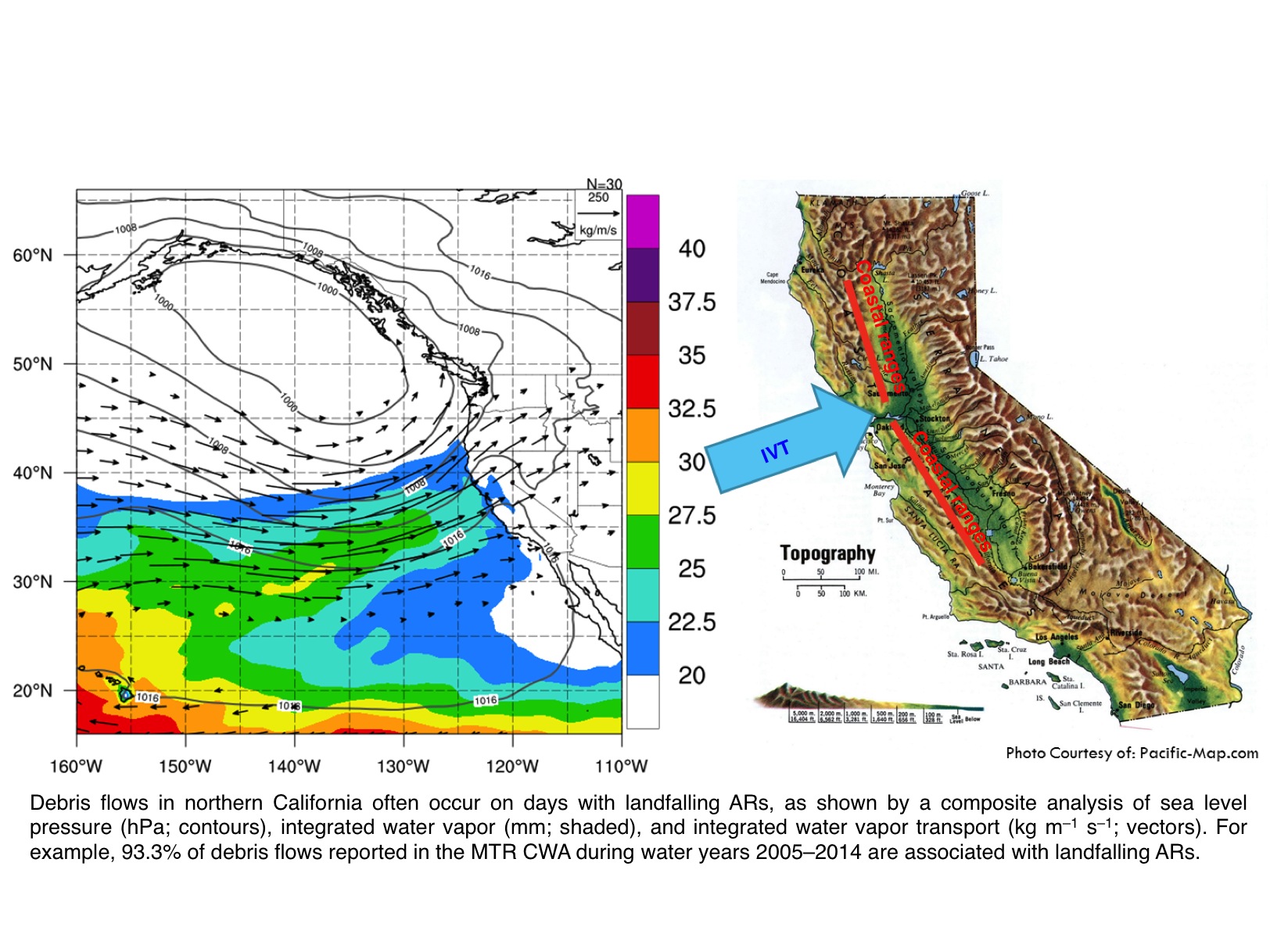