5.3 A simple model for the live fuel moisture of chamise

We have developed a simple model to accurately predict the live fuel moisture (LFM) content of Adenostoma Fasciculatum (chamise) as measured at several southern California sites where large wildfires often occur when the fuels are dry and the Santa Ana winds are strong. The key variable is soil moisture from the 40-100 cm layer derived from the North American Land Data Assimilation System (NLDAS) reanalysis. Our model consists of a time function to represent the average annual cycle and soil moisture departures from its own annual variation to capture LFM departures from normal. With this approach, correlation coefficients for the most accurately modeled sites exceed 0.9, if an (elevation and soil type dependent) time lag on the order of 20-40 days is incorporated. Because we are employing a gridded reanalysis, our strategy facilitates the reconstruction of past events as well as data gap filling. The improved live fuel moisture model can work with other components of fuel moisture to help monitor vegetation conditions in southern California regions for fire danger assessment. 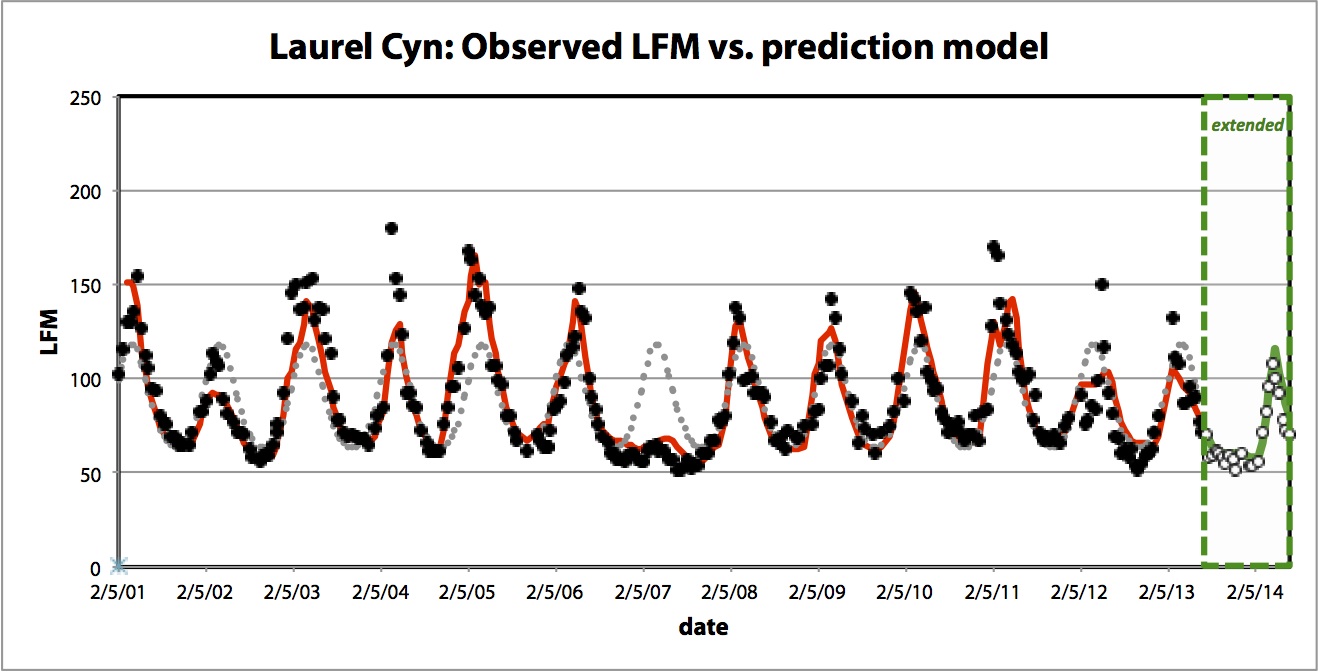