More
North 121BC (Phoenix Convention Center - West and North Buildings)
Chris C. Funk, USGS/Earth Resources Observation Systems, Santa Barbara, CA; and S. E. Nicholson and A. Fink
Recorded Presentation
Over the past decade, a vigorous scientific debate has developed around the ‘East African Climate Paradox’. In 2005, scientists working with the USAID Famine Early Warning Systems Network identified substantial boreal spring rainfall declines in some to the most food insecure countries in the world – Ethiopia, Somalia, and Kenya, and later linked these declines to increases in the Indian Ocean branch of the Walker Circulation. Independent analyses of station data and paleo-climate records have also identified substantial decreases in rainfall over the Greater Horn of Africa. These declines are at odds with projections from climate change models, resulting in what has been described as the ‘East African Climate Paradox’. While analyses of detrended East Africa rainfall identify a substantial role played by Pacific Decadal Variability, these studies also fail to account for the remaining (large) trend component.

Here, building on recent analyses of East African October-December (OND) and March-June droughts, we suggest that an event-based analysis framework can help resolve the East African Climate Paradox. Examining trends, we face a discrepancy between the observed intensification of the Walker Circulation and the weakening predicted by climate models. Examining ENSO events, however, we suggest that the models and observations converge on more frequent strong El Nino events, interspersed with Neutral/La Nina conditions enhanced by anthropogenic warming in the western Pacific.

Interestingly, the East African response to these patterns differs substantially by season. During boreal spring we find a weak response to El Nino events and a strong response to La Nina-like SST patterns. We suggest that this latter sensitivity has emerged due to warming in the West Pacific and an intensification of the Indian Ocean branch of the Walker Circulation. During boreal autumn, however, rising upper level heights over the Indian Ocean may have prevented such an intensification. For OND, La Nina-related droughts are not enhanced. Thus the ‘paradox’ seems linked to seasonal variations in and over the Indian Ocean, and the difficulty that climate models have in recreating these complex circulations. 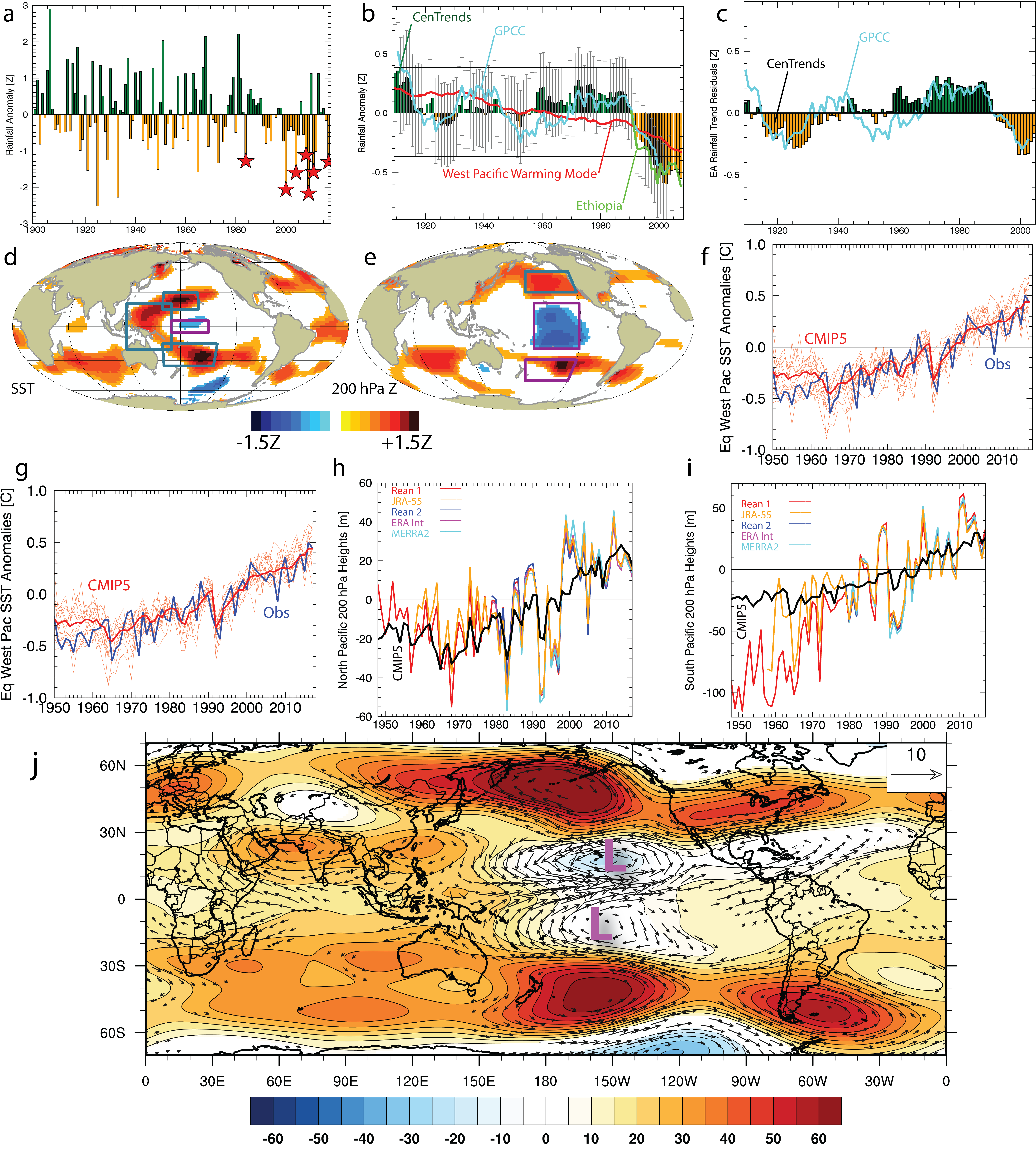