More
Pinnacle room (Stoweflake Mountain Resort )
Alexandra Anderson-Frey, Pennsylvania State Univ., Univ. Park, PA; and Y. P. Richardson, A. R. Dean, R. L. Thompson, and B. T. Smith
Recorded Presentation
The Southeastern United States has recently become a region of primary interest in the study of tornadic near-storm environments; this interest is rooted in part in the abundance of tornado events with environments that differ from the "textbook" Great Plains tornadic environment, with a shift of the distribution of events toward higher vector shear magnitude and lower convective available potential energy (CAPE). Here, we examine 3,670 tornado events and 14,973 tornado warnings occurring in the Southeastern U.S. between 2003 and 2015, [over half of which have both mixed-layer CAPE (MLCAPE) values less than 1,000 J/kg and 0-6-km vector shear magnitude (SHR6) values greater than 35 kt] in the context of the characteristics of their near-storm environments. We also build a climatology of these events and warnings in terms of time and date of occurrence, intensity, casualties, and warning skill, and make use of self-organizing maps (SOMs) to expand our understanding to encompass the spatial patterns of these environments.

The figure depicts mean values of (a) MLCAPE, (b) SHR6, (c) MLLCL, (d) SRH1, and (e) STP for all Southeast tornado events between 2003 and 2015. The (E)F-scale ranges, from left to right, from (E)F0 through (E)F5. Seasons from left to right consist of spring (MAM), summer (JJA), fall (SON), and winter (DJF). Times of day are split into three categories: day (from local sunrise until two hours before local sunset), early evening transition (from two hours before until two hours after local sunset), and night (from two hours after local sunset until local sunrise). 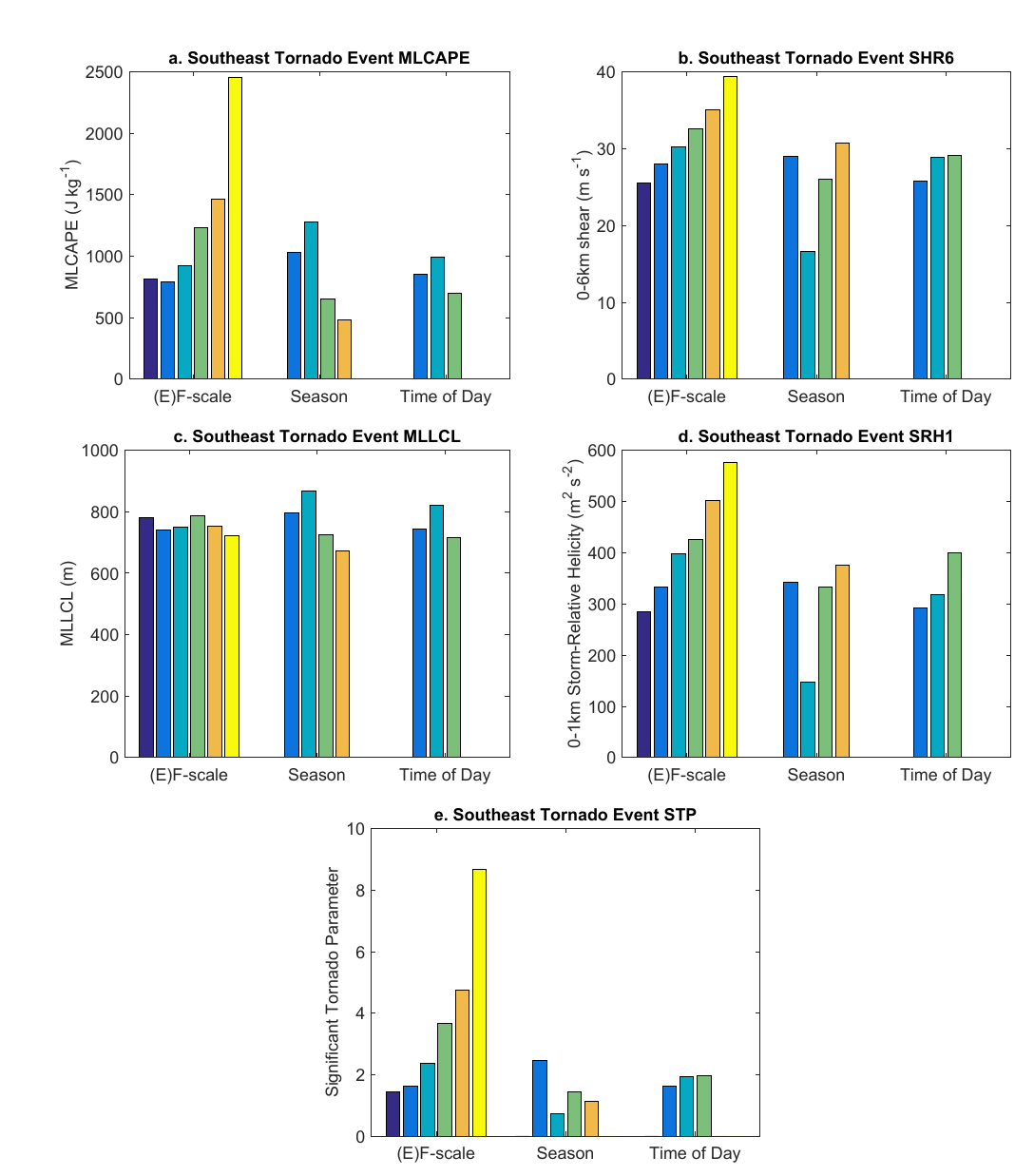