Forecasting a Continuum of Environmental Threats (FACETs) is a next-generation approach to National Weather Service (NWS) watches/warnings that will deliver user-specific, probabilistic hazard information (PHI) for improved decision making. Due to their role as intermediaries between NWS forecasters and the publics, one broadcast meteorologist was included in each week of the Hazardous Weather Testbed (HWT) Probabilistic Hazard Information (PHI) project since 2016. A main objective of the HWT PHI project is to learn how a continuous flow of probabilistic information may impact broadcast meteorologists and their decision making. Research protocols were developed and used to systematically study how broadcast meteorologists interpret, use, and communicate probabilistic information. Broadcast participants performed typical job functions under a simulated television studio environment as they received experimental PHI (tornado, wind/hail and lightning) during realtime and displaced realtime events. Coverage decision points of interest included when to run crawls, post to social media, interrupt commercials, and interrupt programming.

The 2016 and 2017 projects revealed a number of challenges to explore more thoroughly, including: update frequency, communication of probabilistic information, and workload. The 2018 project featured two broadcasters working in a team environment. The additional broadcaster led to more realistic handling of the severe weather coverage. In addition, the participants used a fully functioning weather studio with chroma key (developed within the Oklahoma Weather Lab) for their on-air coverage. Researchers concentrated on communication challenges and decision points of interest, but also investigated the interplay between the PHI plume and the traditional warning polygon. Researchers explored and tested whether the PHI plume and warning polygon should be intrinsically connected. Preliminary results indicate the continued need for a warning threshold or trigger, however, participants strongly desire the inclusion of probabilistic information in tandem with the warning polygon. Additional results will be presented, along with how the findings will inform the development of grid-based probabilistic output. 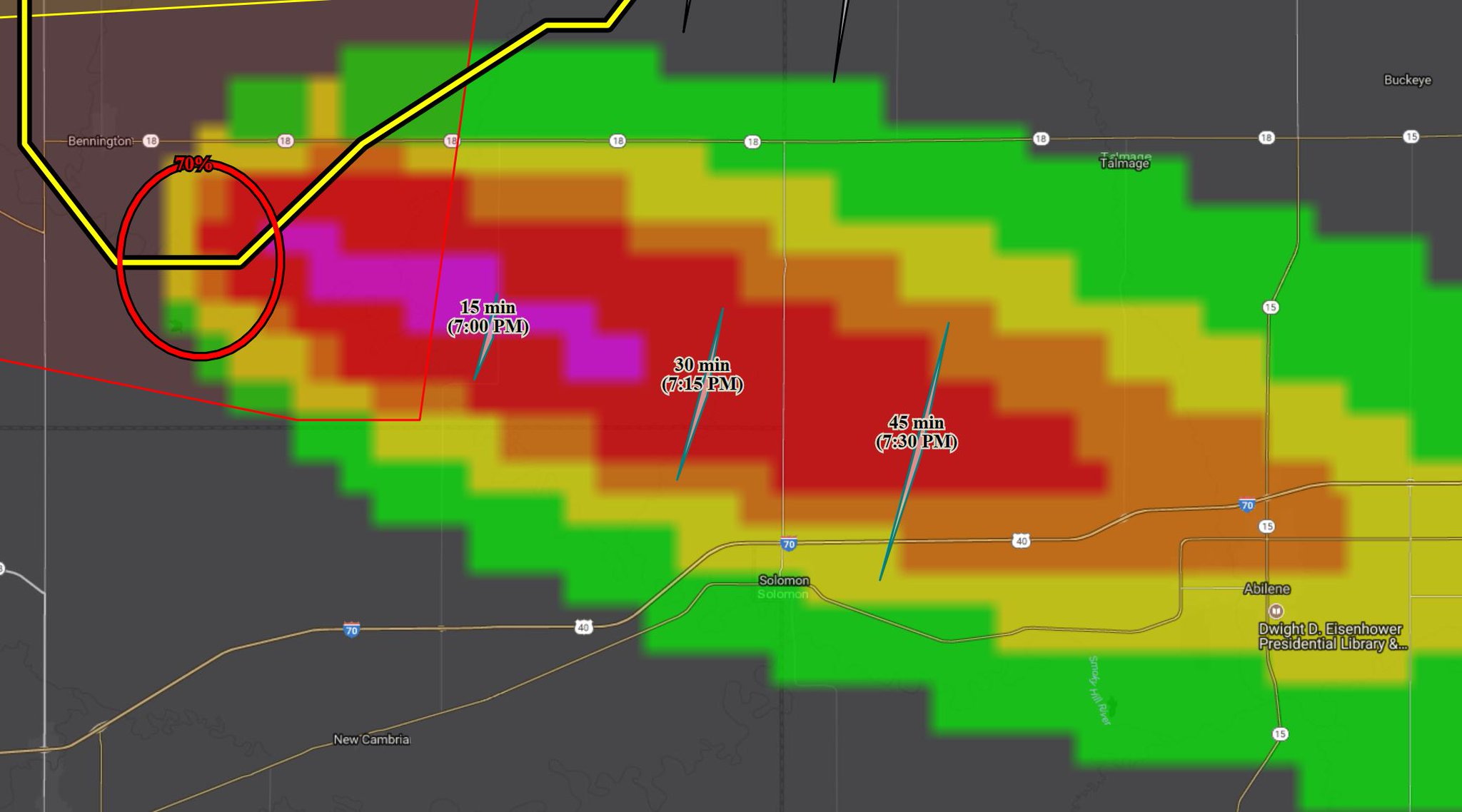