133 Automatic Detection of Funnel Clouds from Pictures By Surveillance Cameras with Deep Learning.

More
Stowe & Atrium rooms (Stoweflake Mountain Resort )
Koji Sassa, Kochi Univ., Kochi, Japan; and R. Honda and Y. Fujii
More than 90 % of tornadoes are non-supercell type in Japan. Such tornadoes frequently occurr on sea then land and cause damages. Doppler radars of Japan Meteorological Agency can detect such tornadoes as misocyclones but they sometimes miss tornadoes because their observation interval is 5 minutes and some areas are not covered by them. We think that observation by surveillance camera in all time will be one of the cheapest alternative tool. The present study aims to evaluate the possibility of automatic detection of tornadoes by surveillance cameras. We settled 5 X-band polarimetric radars in Kochi, Japan and also have four cameras for each radar sight (total 20 cameras). We employ a deep learning as detection method of funnel cloud from the picture by surveillance camera. In the pretest, we detected 90 % of funnel cloud images through the deep learning with 100 teacher images. As an actual case, we succeeded to detect three funnel clouds occurred on 11 September, 2017. One of them was confirmed by the doppler velocity data obtained by our Monobe radar. On the other hand, two surveillance cameras at the Aki radar sight recorded that two water spouts landed and approached to Aki City but the Aki radar could not observe the parent clouds of the spouts because the parent clouds were cumuli that were composed of fine particles. We also succeeded to automatically detect the funnel clouds of water spouts with the deep learning as shown in figure. 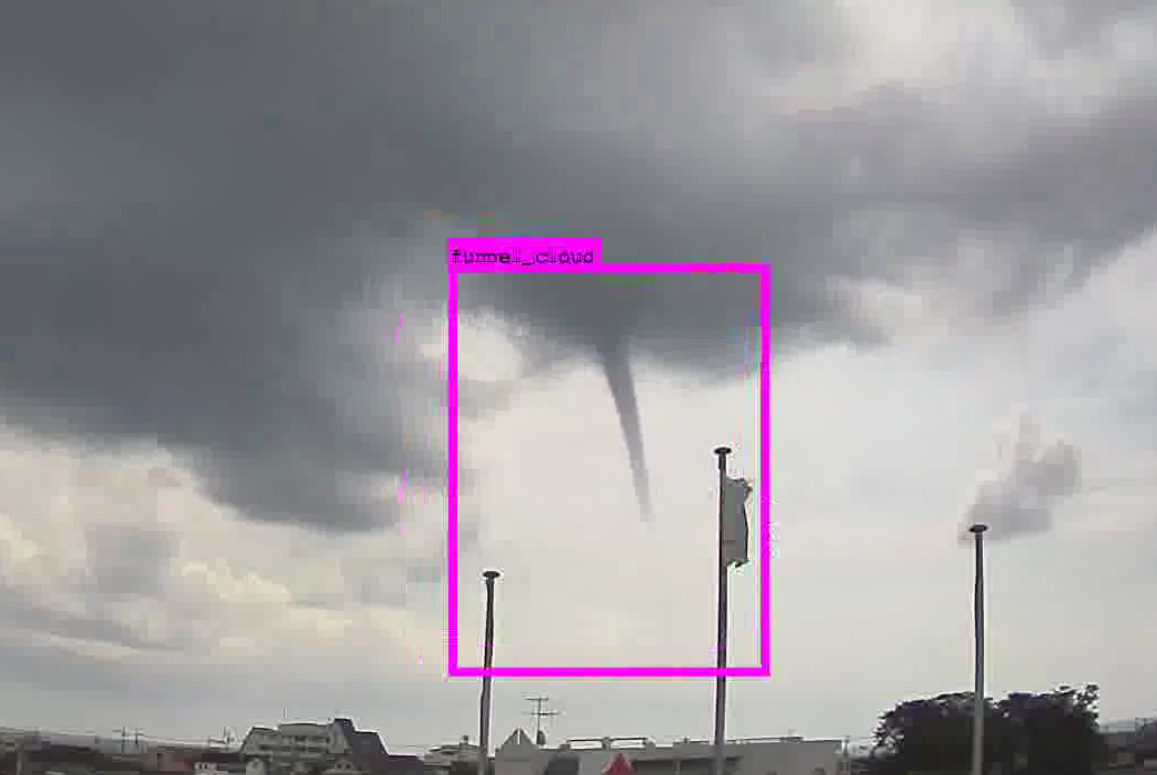