182 Damage Assessment and Analysis of Storm Evolution Associated with a Significant Episode of Cold-Season Tornadic Activity in Southern Brazil.

One of the long-lived nocturnal cells produced a concentrated damage path that followed a long NNW-ESE-oriented trajectory. This study reports the results of the in situ survey performed along this damage path, as well as the analysis of the damage track based on remote-sensing utilizing Landsat 8 high-resolution imagery. In addition, the evolution of the parent storm that produced this particular severe weather episode is investigated based on data made available by a S-band Doppler radar located approximately 100 km away from the damage path.

Despite the lack of direct visual confirmation, preliminary results from both in situ and remote-sensing-based analysis indicate that the long damage track was associated with at least one strong long-lived tornado of F3 intensity. Damage indicators confirm the severity of the event, including a heavy truck that was lifted by the winds and thrown away from the highway, several homes with collapsed walls (see images), and downed transmission line towers. The length of the damage track is one of the longest ever reported in Brazil. The evolution and morphology of the tornadic storm based on radar data also will be discussed in this study. 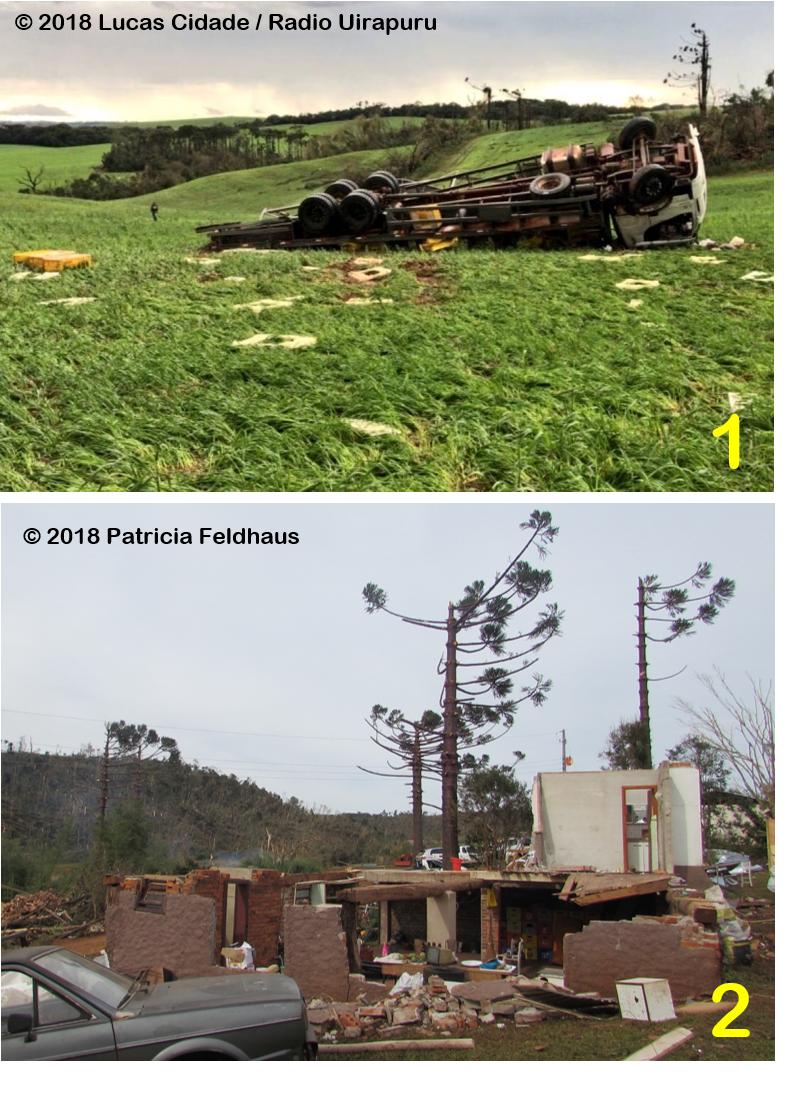