15A.9 Numerical Simulations of the Diurnal Cycle of Precipitation during Pre-YMC Field Campaign

More
Masters E (Sawgrass Marriott)
Kazuaki Yasunaga, Univ. of Toyama, Toyama, Japan; and R. Okugawa
Some numerical simulations were conducted to reproduce the diurnal cycle of precipitation observed during the “Pre-YMC” field campaign (in late November- December 2015) over the Maritime Continent (MC), making use of a cloud(-system)-resolving model SCALE (Scalable Computing for Advanced Library and Environment). SCALE is a basic library for weather and climate model of the earth and planets, and has been developed by RIKEN AICS, Japan. In the present study, the focus is on the off-shore migration of the precipitation system which has initially grown over the land areas. .

In the earlier period of the campaign, the background zonal wind was easterly, because the Madden-Julian Oscillation (MJO) stayed over the Indian Ocean, and the precipitation system migrating to the west was frequently observed. After the middle of December, the MJO passed over the MC region, and the background zonal wind turned to westerly. Following the change of the zonal wind direction, the precipitation system migrating to the east was dominant.

Figures show the mean diurnal cycle of the surface precipitation simulated by SCALE with coarser (a. 17.5 km) and finer (b. 3.5 km) horizontal resolutions. Numerical simulations successfully captured the diurnal cycle of precipitation over the land, and the migration of the precipitation systems was well reproduced during both periods in terms of the direction. However, the migration speed was different among the simulations. From some sensitivity tests, it is concluded that the horizontal resolution of the model is most critical to reproduce the realistic migration speed. 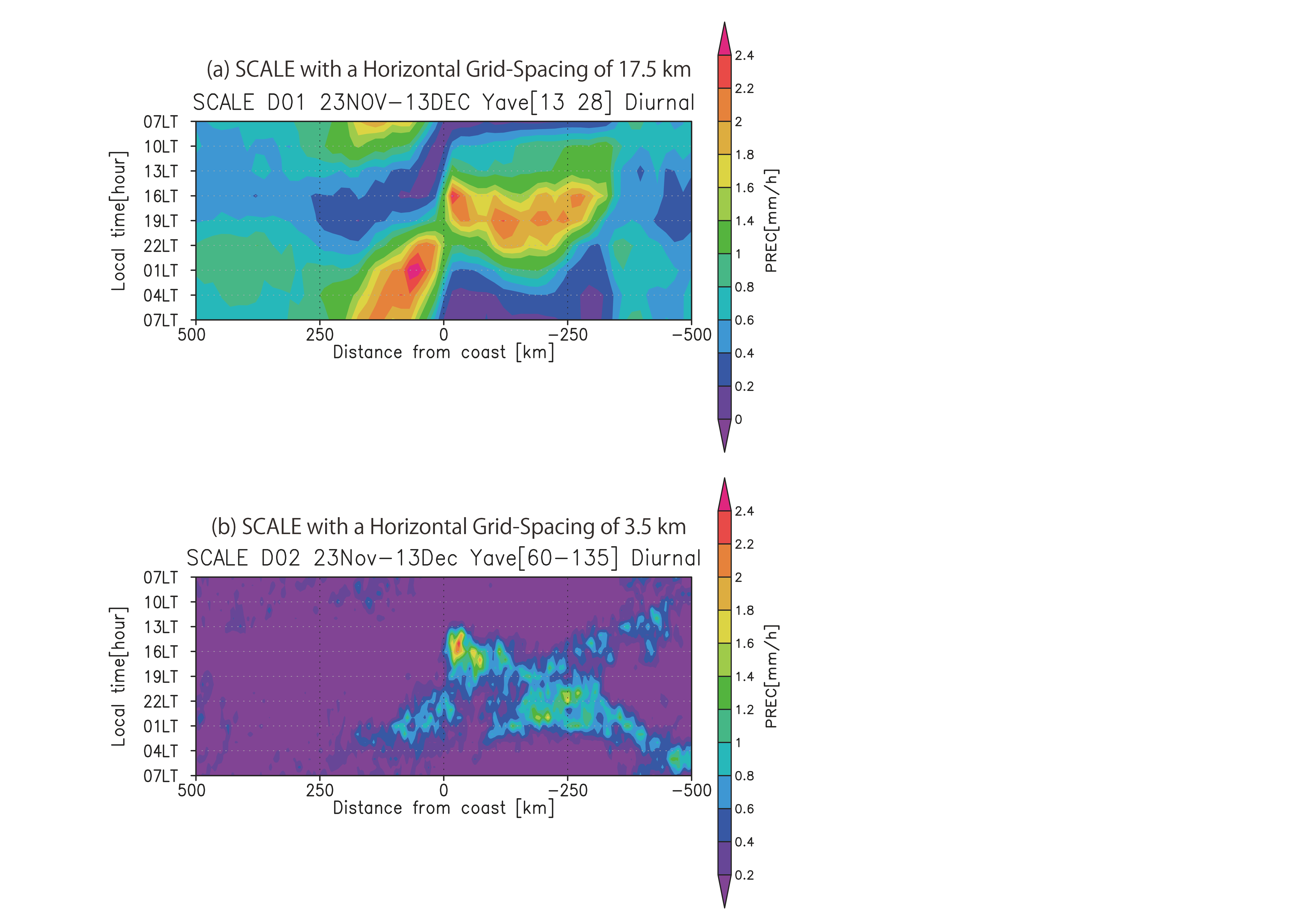