More
Champions DEFGH (Sawgrass Marriott)
Shigeo Yoden, Kyoto Univ., Kyoto, Japan; and H. H. Bui and E. Nishimoto
A self-sustained oscillation which is dynamically analogous to the equatorial quasi-biennial oscillation (QBO) was firstly obtained as a radiative-moist-convective quasi-equilibrium state in a minimal model of the stratosphere-troposphere coupled system by Held et al.(1993), and the robust feature of the oscillation was confirmed by Yoden et al.(2014). The minimal model is a two-dimensional cloud-system-resolving non-hydrostatic model without Coriolis effect, under a periodic lateral boundary condition to permit the oscillation of the zonal mean zonal wind. The QBO-like oscillation modulates organized features of moist-convective systems periodically through alternative appearance of squall-line-type or back-building-type precipitation patterns, and modulates the spectral features of the vertical flux of horizontal momentum by tilted convection and upward- and downward-propagating gravity waves, as analyzed by Nishimoto et al.(2016).

Downward influence of QBO-like oscillation on moist convection was further investigated by Bui et al.(2017), by controlling the vertical shear of the zonal mean zonal wind near the surface dU/dz|z~0 with a nudging technique. It was demonstrated that the QBO-like oscillation modulates the moist convection via two mechanisms related to the vertical shear. Large values of the shear near the surface enhance the longevity and intensity of the moist convective systems by separating the updraft and downdraft. On the other hand, large values of shear near the cloud top dU/dz|z~cloud top tend to disrupt the convective structure and lead to weakening moist convection, although this mechanism seems to be secondary.

In this study, we perform a parameter sweep nudging experiment in two-dimensional parameter space controlling dU/dz|z~0 and U|z~tropopause . The parameter dependence of precipitation characteristics, generation of gravity waves, and the role of convective momentum transport are investigated for each radiative moist-convective quasi-equilibrium state in the two-dimensional minimal model framework.

The spectral features of the vertical flux of horizontal momentum is also analyzed and it is shown that upward gravity-wave momentum transport is sensitively dependent on the structure and intensity of organized convective systems, such as squall-line-type or back-building-type patterns. Quantitative characterization could possibly contribute to the sophistication of parametrization schemes of convectively generated gravity waves. 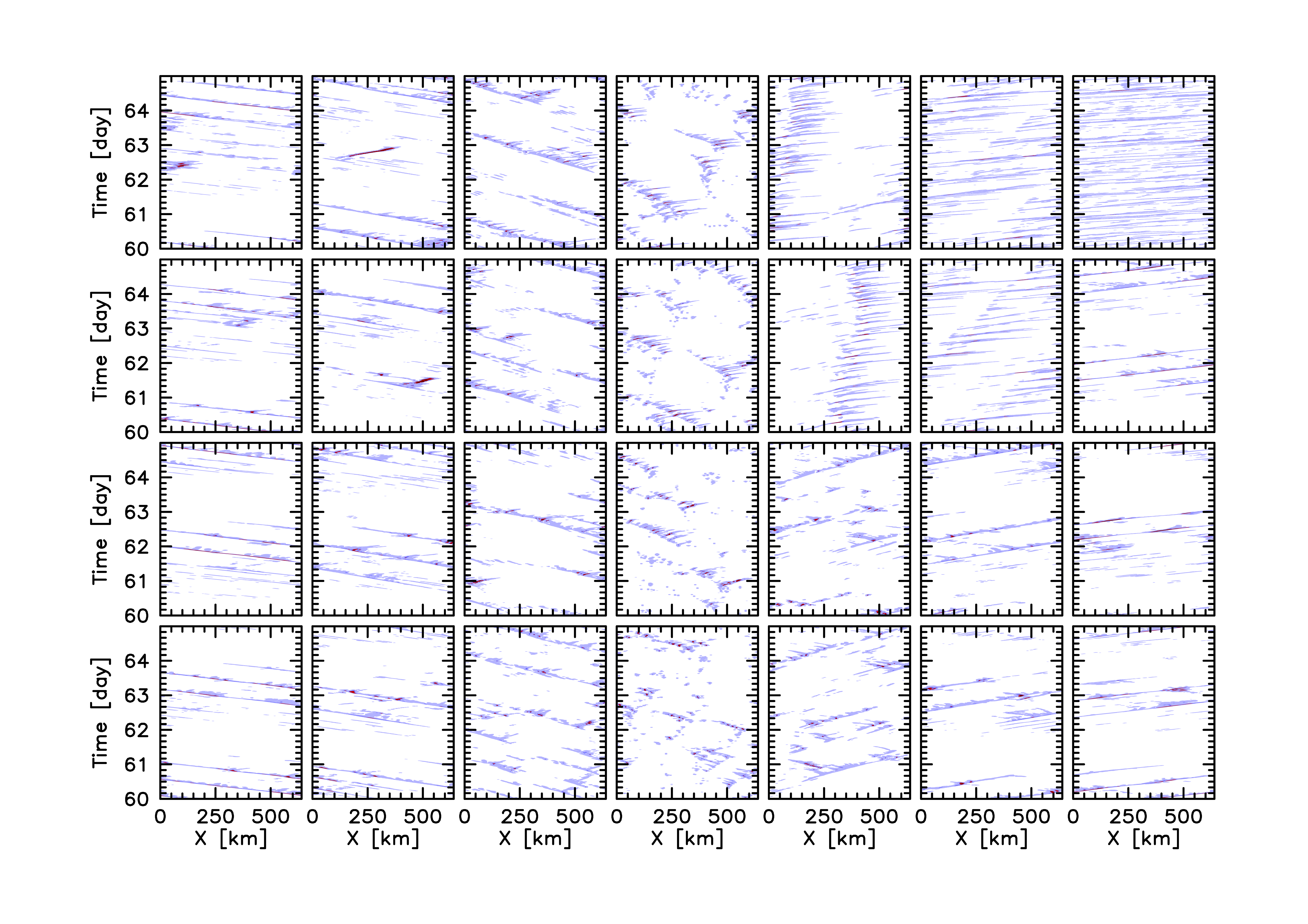