75 Atmospheric Concentration Levels of Carbon Dioxide and Wind Speeds: Evidence of Causality for the South Pacific

More
Kevin F. Forbes, Catholic Univ. of America, Washington, DC
The Intergovernmental Panel on Climate Change (IPCC) has reported that projections for the 21st century indicate a likely increase in the global mean intensity of tropical cyclones.  This finding is quite worrisome given that societal impacts of these events can be quite severe.  For example, on November 8, 2013 typhoon Haiyan, with sustained wind speed of about 285 km/h, devastated the Philippines and other areas in the South Pacific.  About 7,500 people were killed and nine million overall were affected.

It is tempting to simply presume that typhoon Haiyan and other severe wind events can be attributed to climate change. Unfortunately, the IPCC has indicated that it has low confidence in attributing changes in tropical cyclone intensity to anthropogenic drivers as opposed to natural forcings (2013, p. 113).  Indicative of this uncertainty, the IPCC has revealed that there are insufficient data to project increased Category 4-5 frequency of tropical cyclones in the South Pacific.  Moreover, the climate modeling results reported by the IPCC for the maximum intensity of cyclones in the South Pacific do not support the hypothesis of increased intensity.  A study by Emanuel (2013) has challenged the consensus view but there are large remaining modeling uncertainties in terms of attribution.

This paper attempts to reduce this unacceptably high level of attribution uncertainty by employing observed wind speed data.  The analysis employs hourly data from an observatory in American Samoa (SMO) operated by the Global Monitoring Division of NOAA’s Earth System Research Laboratory.  The analysis begins by noting that average hourly wind speeds at this location, while variable from year to year,  have trended upward over the period 1977 through 2015 (Figure 1).  The 95th percentile of the hourly wind speeds, while also erratic from year to year, has also exhibited a positive upward trend over the years.  Interestingly, there is a positive correlation between hourly CO2 levels (both contemporaneously and lagged) and wind speeds over the period 1977-2014 but the finding is only suggestive given the important role of natural variability.

This paper investigates the possible drivers of the upward trend in wind speeds at SMO using a time series econometric model.  The model makes use of hourly wind speed data, hourly CO2 data, and solar irradiation data reported by the SMO observatory.  The study also utilizes day-ahead hourly forecasts of wind speed, temperature, dewpoint, humidity, visibility, the probability of precipitation, and binary variables representing forecasted cloud cover.  The forecast data were obtained from CustomWeather( http://customweather.com), a San Francisco based provider of high-resolution weather forecasts.  The model also includes binary variables for hour and season.  The model is estimated over the period 8 August 2009 through 31 December 2013.  There are 25,523 hourly observations in the sample.  The model is evaluated over the period 1 January – 31 December 2014.

In terms of methodology, a two-step time-series estimation approach is employed.  In the first step, the functional form is identified. The Box-Cox procedure is used to assess whether it is appropriate to model the variable of interest, hourly wind speed, using a linear specification.  The presumption of linearity in terms of the explanatory variables (e.g. the hourly CO2concentration level) is also scrutinized.  Based on this analysis, hourly wind speed and a number of its explanatory variables are entered into the multivariate model with nonlinear specifications.

The purpose of the second step in the estimation is to obtain parameter estimates that give rise to a white noise error structure that also has the property of asymptotic normality. The resulting estimating equation has a structural component driven by CO2, forecasted weather, and the seasonality variables.  There is also an autoregressive component that takes into account that the wind speed in hour t is not independent from the wind speed in hour t-1, t-2, t -3,  … t-k where k is the maximum lag incorporated into the model. Step two of the estimation is accomplished by making use of an autoregressive conditionally heteroscedastic (ARCH/GARCH) model.  This is a useful method in modeling times series data that exhibit time-varying volatility i.e. periods of turbulence (e.g. storms) followed by periods of relative calm.  The conditional heteroskedasticity in this case is modeled as a function of forecasted weather conditions (e.g. forecasted temperature) and lagged CO2 concentrations.  The second step in the modeling also makes use of an autoregressive–moving-average with exogenous inputs model specification (ARMAX) with the transformed CO2concentration level, forecasted weather, and the seasonality variables from the first step being included as the exogenous inputs and where the disturbance terms are presumed to follow an autoregressive moving-average (ARMA) specification. 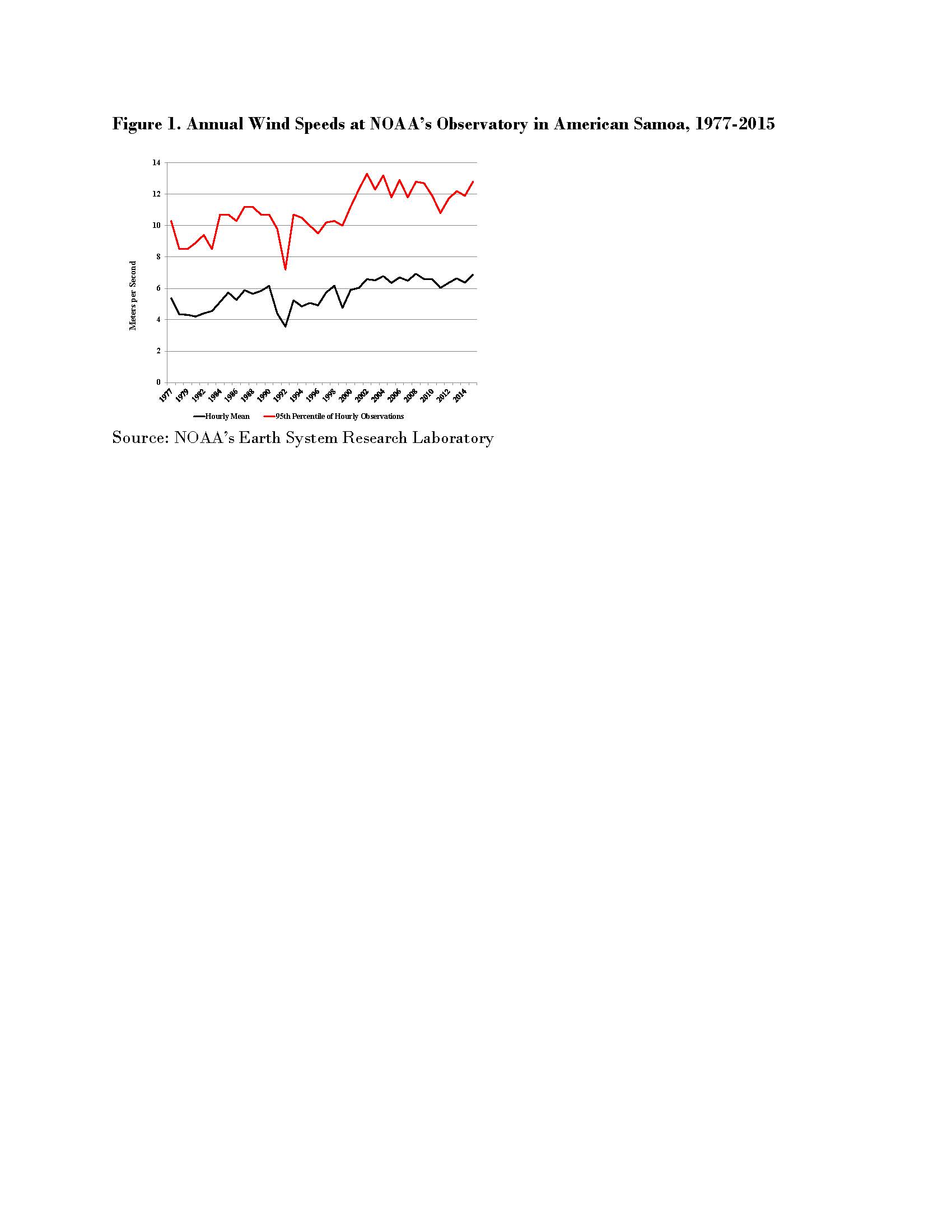