2B.4 The Moon and Earth Radiation Budget Experiment (MERBE)

Recent work by the NASA CLARREO team reports that calibration quality of existing space-based Earth Radiation Budget (ERB) measurements is insufficient to detect important model predicted cloud climate forcing trends in the near future, given the estimated sizes of the signals of interest. Additional statistical results from the same studies show that no mission, even those using improved concepts in development, will provide the data accuracy required to detect such predicted but uncertain climate signals for at least twenty years. Hence a new project called the Moon and Earth Radiation Budget Experiment (MERBE) is underway. Primary to MERBE, multiple orbiting CERES ERB devices have each been precisely and completely re-calibrated. Now they consistently measure a constant SI traceable lunar solar albedo and thermal output as in Fig (a), aligned so a start of century ERB imbalance of +0.85W/m2can be used to asses climate change (see lower Fig (b)). Using the Moon removes instrument biases and the significant artificial calibration drifts found in the existing EBAF product from CERES (upper Fig (b)). The polarities of these false drifts in EBAF are such that they also may explain some of the `missing energy’ anomaly. The same CLARREO statistical methods when applied to preliminary MERBE results then suggest it has the capability to immediately begin the narrowing of uncertainty in climate sensitivity, near a quarter of a century sooner than currently thought possible (see Fig (c)). Remaining single scanner footprint (SSF) MERBE files are currently in production by Zedika LLC. Following a free word-wide release after 2016 the imbalance plot of lower Fig (b) can be extended to the present day, with the new assurance that no artificial calibration trends are present (i.e. from Fig (a)).

Click below for MERBE white paper submitted to ESAS2017, the 2015 CALCON presentation to the calibration community and a preview animation of MERBE data to be released next year: 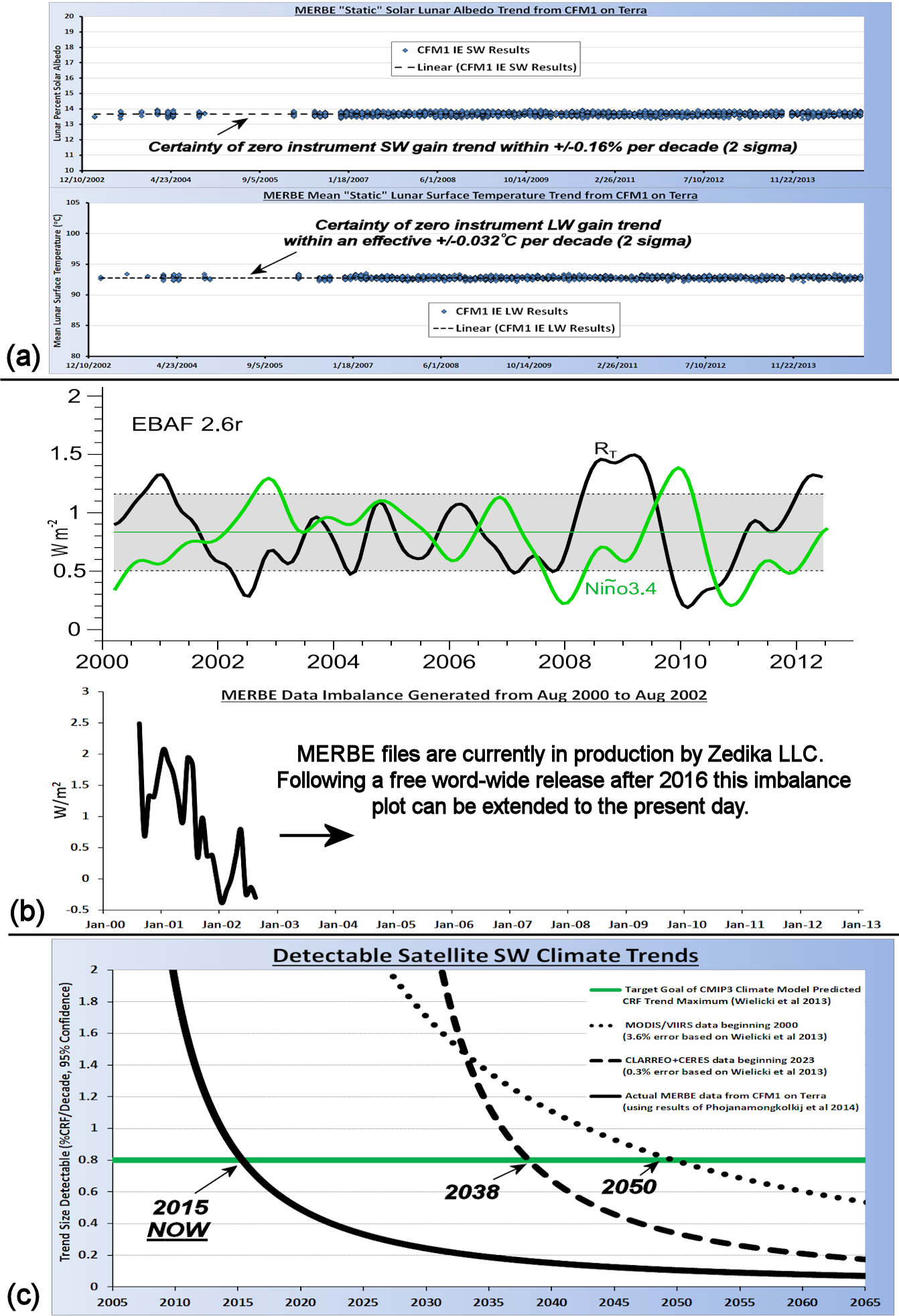