More
4E (Washington State Convention Center )
Aaron Jacobs, NOAA/NWSFO, Juneau, AK; and E. Holloway and A. Dixon
The largest and most damaging floods in Alaska, outside of the ice jamming processes during breakup season, can usually be tied to a single causative event, atmospheric rivers(ARs) in the extratropical atmosphere.  ARs can develop over the North Pacific any time of the year and generate a significant amount of snow and rain depending on the time of year. These events also impact communities with flooding, large debris flows, disruption to transportation and can result in casualties.

AR events have been well documented and monitored for years, especially in the West Coast of the continental United States. ARs impact the entire west coast of North America from British Columbia to the Alaska Panhandle through southern Mainland Alaska including Prince William Sound and the Cook Inlet region, into the west coast of Alaska.

From a forecasting perspective, in a region accustomed to frequent strong synoptic storms, the lack of calibrated/"normalized" Integrated Water Vapor Transport (IVT) values and lack of available AR detection algorithms for observational data make discerning significant AR events very difficult. In addition, steep and complex coastal terrain, proximity to arctic air masses, and significant data sparsity cause atmospheric models to struggle in general with expected results in the short term...which affects the ability of the forecaster to provide accurate and timely impact-based decision support to communities and other core partners.

We will review recent AR events in Alaska and propose future research, including a regional classification scheme and climatology for specific fields. Included events span from 2002-2015 and range from the Gulf of Alaska and south of the Alaska Range. 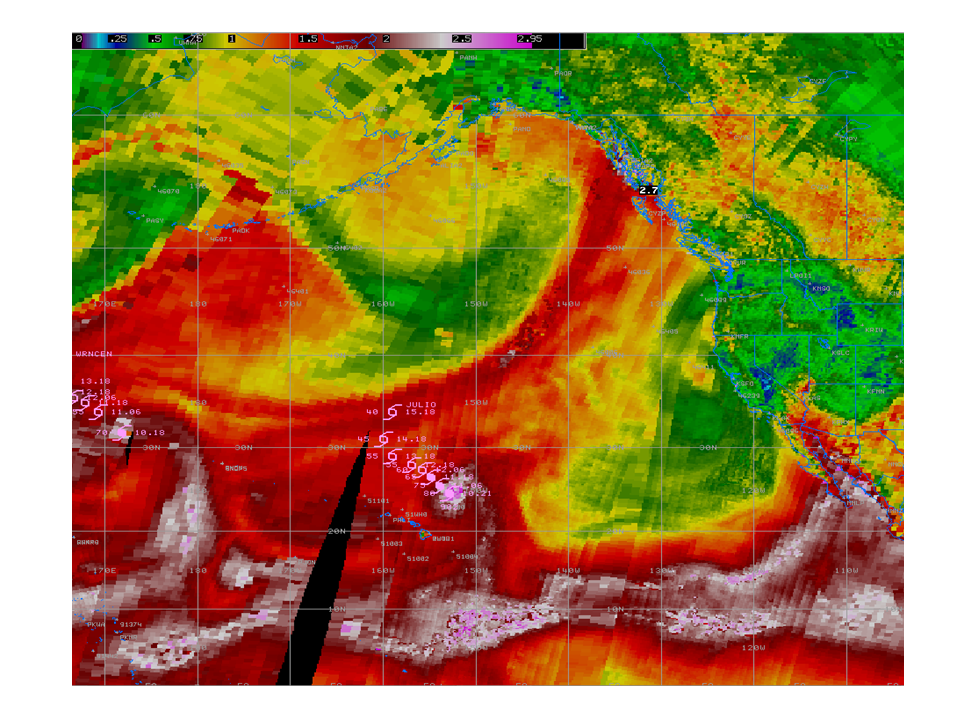