14A.3 Why has the Relationship between Indian and Pacific Ocean Decadal Variability Changed in Recent Decades?

More
605 (Washington State Convention Center )
Lu Dong, PMEL, Seattle, WA; and M. J. McPhaden
Recorded Presentation
Both the Indian and Pacific Oceans exhibit prominent decadal time scale variations in sea surface temperature (SST), linked dynamically via atmospheric and oceanic processes. However, the relationship between SST in these two basins has undergone a dramatic transformation beginning around 1985. Prior to that, SST variations associated with the Indian Ocean Basin Mode (IOB) and the Inter-decadal Pacific Oscillation (IPO) were positively correlated, while afterwards they became negatively correlated. We present evidence from both observations and state-of-the-art coupled climate models that enhanced external forcing, particularly from anthropogenic greenhouse gases, was the principal cause of this changed relationship. Using coupled climate model experiments, we determine that without external forcing, the evolution of the IOB would be strongly forced by variations in the IPO. However, with external forcing, the dynamical linkage between the IOB and the IPO weakens and so that the negative phase IPO after 2000 is unable to force a negative phase IOB cooling of the Indian Ocean. This changed relationship in the IOB and IPO led to unique SST patterns in the Indo-Pacific region after 2000, which favored exceptionally strong easterly trade winds over the tropical Pacific Ocean and a pronounced global warming hiatus in the first decade of the 21st century. 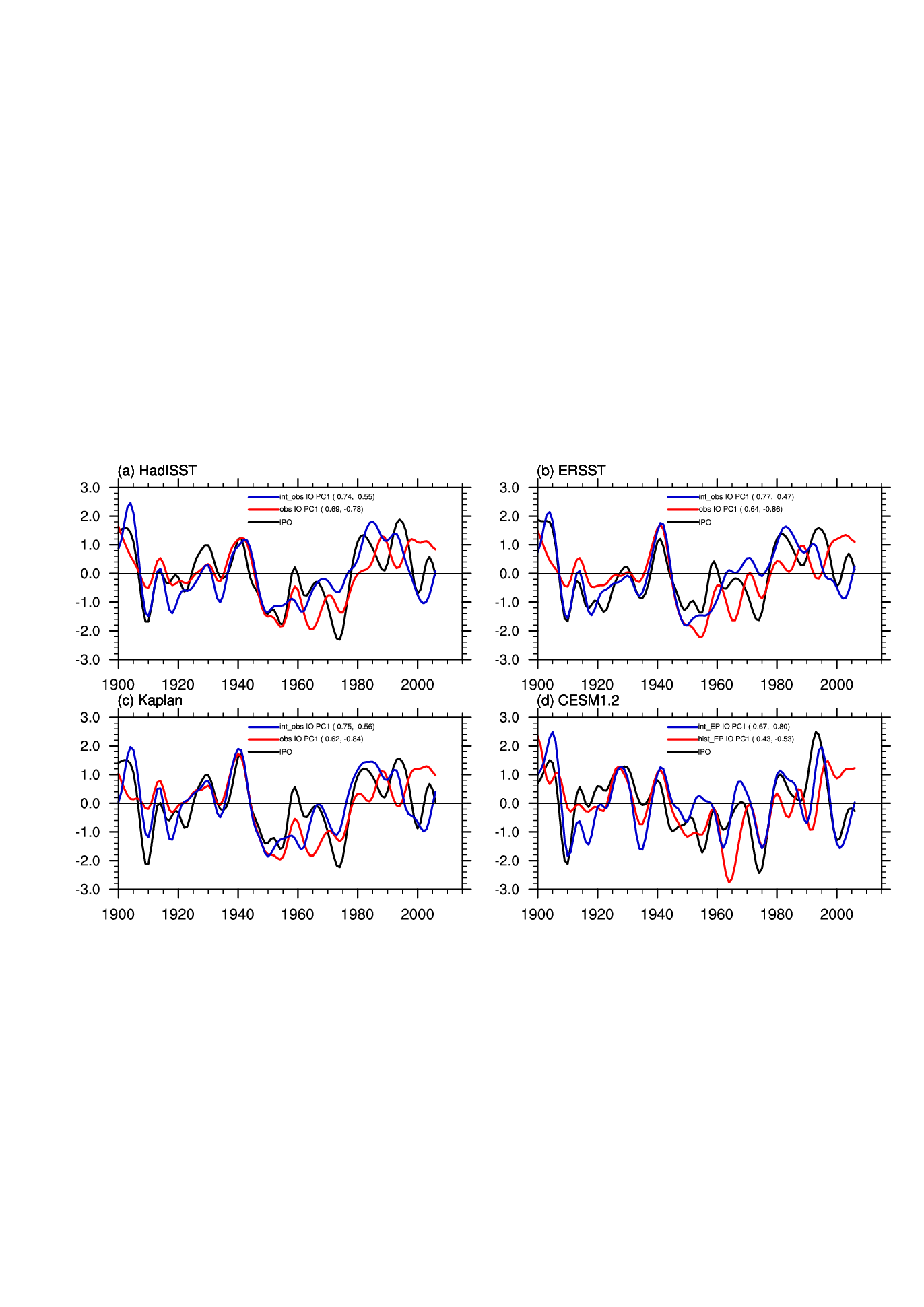