The need for a global greenhouse gas monitoring system throughout all times of the day and night led the 2007 NRC decadal survey to recommend the orbiting Active Sensing of CO2 Emissions over Nights, Days, and Seasons (ASCENDS) mission. Since then work has focused on solving the challenges associated with carrying out this project using satellite based sounding LIDAR, given the requirement to record column integrated values even in the presence of atmospheric reflectors such as clouds and aerosols. Standard space based pulse laser systems required to do this using straightforward altimetry methodologies still lack the needed power by an order of magnitude. Significant work has hence also concentrated on developing continuous wave or CW systems for ASCENDS which utilize cheaper, more reliable and lower power solid state laser systems widely used in the telecommunications industry. However the standard CW auto-correlation methodologies used to remove atmospheric scattering signals typically provide retrievals at a lower accuracy than theoretical future pulsed systems. A new ‘Fourier Lockin’ waveform has recently been developed by Zedika Solutions LLC, which in simulations has suggested CW CO2measurements are possible at accuracies equal to or even surpassing that of a pulsed laser system (see attached Fig). The CW waveform achieves this with only 5% of a pulsed systems peak power by having a frequency amplitude content that is designed to be indistinguishable from that of a perfect Dirac delta time function. Both ground and airborne flight campaign tests of the waveform have been submitted as a proposal to the ROSES solicitation A.42 Instrument Incubator Program, which is planned for completion by mid-2017 using the existing Harris Corp MFLL CW DIAL LIDAR system.

Click the link below to see the technical document submitted to the Decadal Survey RFI#2 on the Fourier Lockin technique: 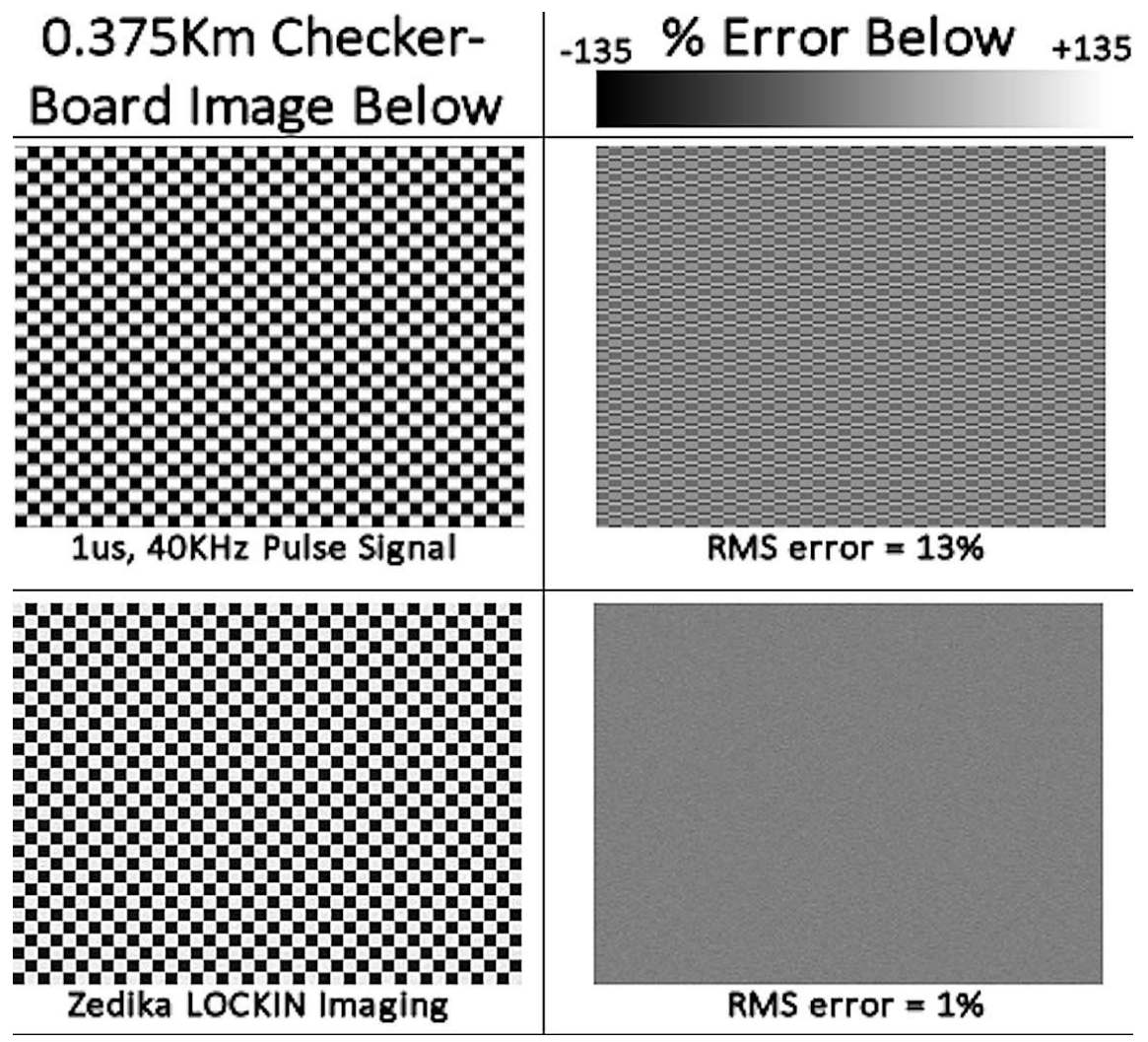