13B.6 The Tropospheric Route to Rapid Arctic Warming Events: January 2016 and Trends

From December 2015 to January 2016, the Arctic troposphere underwent a substantial warming accompanying a rapid transition in the Arctic Oscillation (AO) index from positive to negative.  The tropospheric polar vortex broke down causing a massive blocking pattern in Siberia leading to a prolonged accumulation of the cold airmass.  The Siberian high then collapsed causing a record cold surge throughout East Asia, e.g. snowfall in Taiwan, snowstorms in Korea, and even cold spells in northern Thailand.  The subseasonal property of this rapid AO transition was investigated and models were run to attribute the event and test forecastability in the subseasonal timescale.  Obseverational analysis indicates that this type of tropospheric Arctic warming episode is distinct from the sudden stratospheric warming in that tropical teleconnection and mass/heat transport plays a more significant role.  Model simulations suggest that the low Arctic sea ice in the 2015-16 winter enhanced the Arctic warming and subsequently the tropospheric polar vortex breakdown.  The aspect of S2S predictability about this event is discussed using CFSv2. 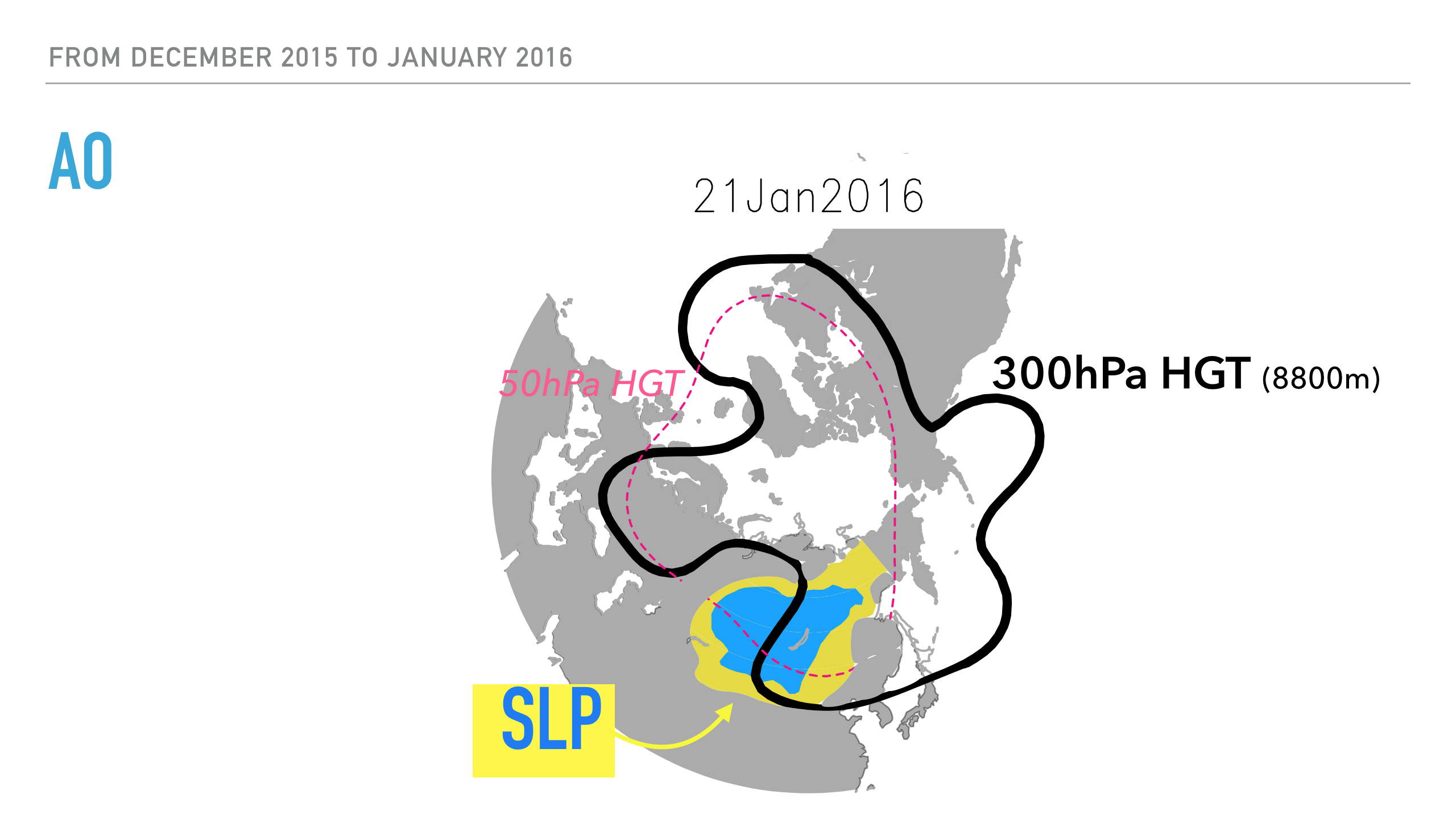