J5.4 The Effect of Wind Veer on the Three-dimensional Structure of Wind Turbine Wakes as Measured by Scanning Lidar

Accordingly, the CWEX-13 field campaign, which took place between June and September 2013 in a wind farm in Iowa, was designed to explore the interaction of multiple wakes in a range of atmospheric stability conditions. We apply a quantitative algorithm to assess wake parameters such as the velocity deficits, the size of the wake boundaries, and the location of the wake centerlines from wind speed data measured with a scanning lidar.

Using multiple horizontal scans at different elevations, a 3-D structure of wakes from the row of four turbines we focus on can be created. We find that wakes erode quickly during unstable conditions, and can in fact be detected primarily in stable conditions. Important differences emerge between the wakes of inner turbines and the wakes of outer turbines. Further, in strongly stable conditions, wind veer occurs and results in a stretching of the wake structures. These insights can be incorporated into wake models for wind farm layout optimization or for wind power forecasting. 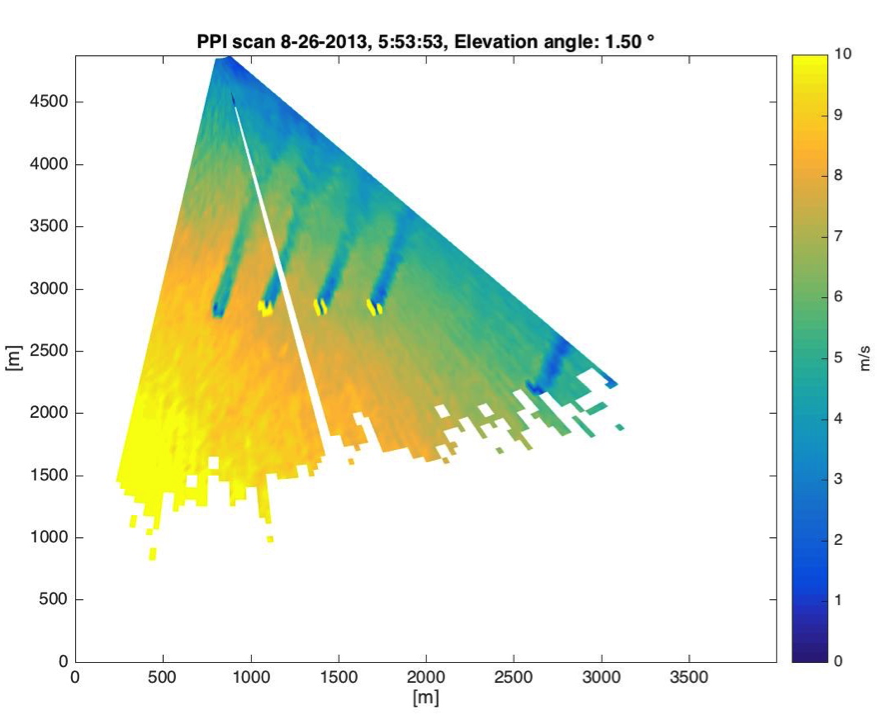