521 Co-Occurrence of Extreme Temperature and Moisture over the Contiguous U.S

More
Colin Raymond, Columbia University, New York, NY; and D. Singh and R. M. Horton
The co-occurrence of high temperature and humidity extremes are examined using a novel index that represents the fractional overlap between high-temperature and high-wet-bulb-temperature [WBT] days for individual weather stations in the contiguous U.S. A data-processing algorithm filtered and quality-controlled the initial observational dataset down to 211 stations at hourly resolution over 30 years (1981-2010). Considerable spatiotemporal differences are apparent across the U.S. The simplest result for our index is that temperature-WBT co-occurrence is maximal in the Desert Southwest and southern Great Plains, and minimal in the Pacific Northwest, which we examined further with regional compositing and trend analysis, though no significant trends were found. The mean hour of occurrence of the maximum temperature on the hottest 100 days shows a clear pattern of being earliest (<13:30 LST) immediately proximate to the coasts and latest (>15:30 LST) in the Great Plains and Rocky Mountain regions, with sharply distinct distributions in the different regions. For maximum WBT, the locus of earliest hourly occurrence is restricted to Florida and south Texas, with maxima late in the afternoon over the broader Midwest and Great Lakes regions. The relative regional homogeneity of these patterns was conducive to further investigation, which found a clear signature of local convective activity in tamping down afternoon heat in more southerly regions, in contrast to spatially organized and temporally-later convective systems in the Midwest. Composites of the two sets of 100 days for each station (one ranked by temperature and one by WBT), and examination of the hourly patterns during those days, revealed further geographic patterns in the frequency of occurrence and type of meteorological situation characterizing hot-but-dry days versus less-hot-but-moist days. Finally, aggregation of stations into National Climate Assessment regions enabled the calculation of observed joint temperature-humidity trends and robust statistics at spatial scales relevant for future climate-characterization and -prediction work. 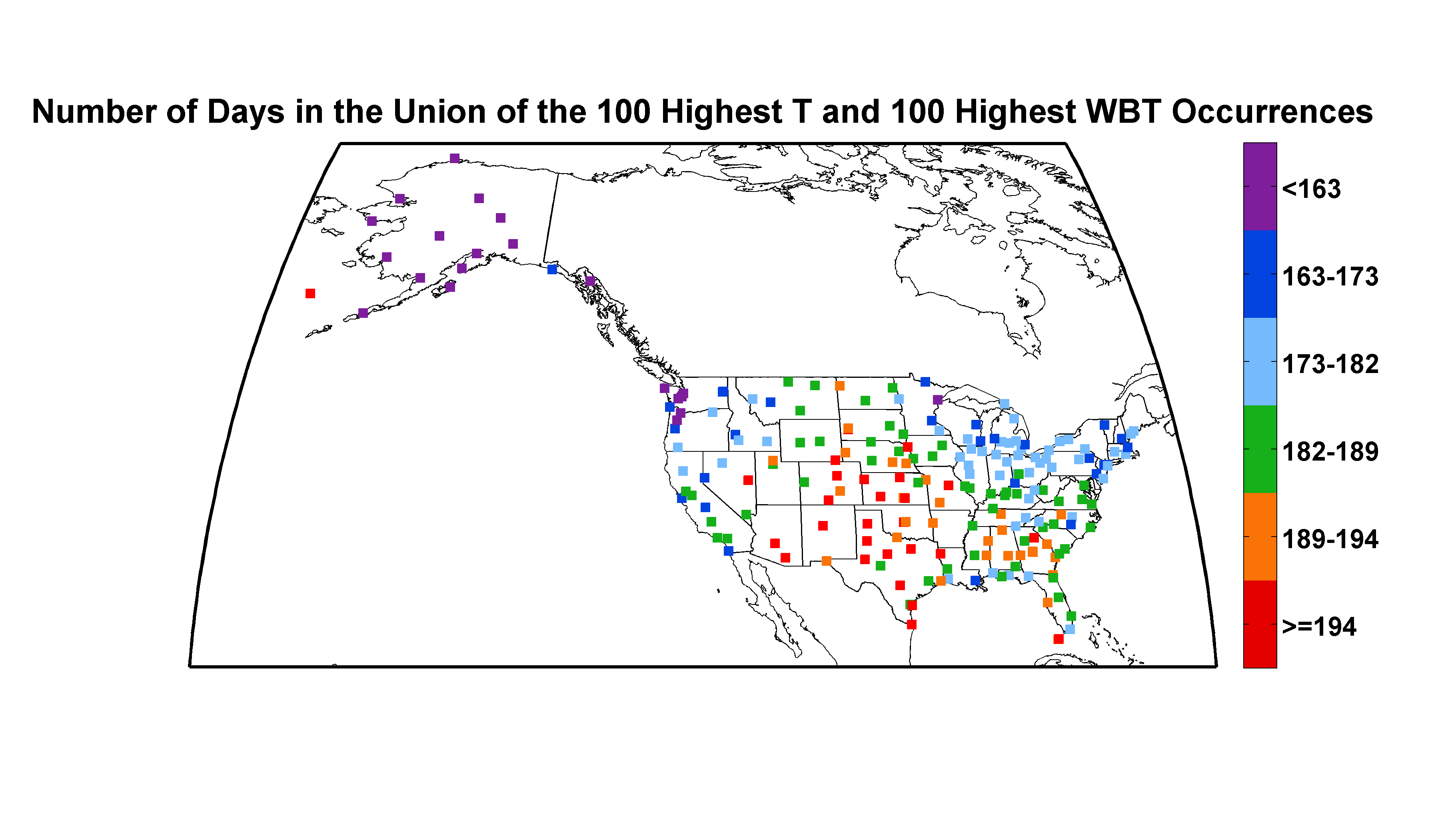