More
Exhibit Hall 3 (ACC) (Austin, Texas)
Shi Kuang, Univ. of Alabama, Huntsville, AL; and M. J. Newchurch, A. M. Thompson, R. M. Stauffer, B. Johnson, and L. Wang
Tropospheric ozone variability occurs because of multiple forcing factors including surface emission of ozone precursors, stratosphere-to-troposphere transport (STT), and meteorological conditions. Analyses of ozonesonde observations made in Huntsville, AL, during the peak ozone season (May to September) in 2013 indicate that ozone in the planetary boundary layer was significantly lower than the climatological average, especially in July and August when the Southeastern United States (SEUS) experienced unusually cool and wet weather. Because of a large influence of the lower stratosphere, however, upper-tropospheric ozone was mostly higher than climatology, especially from May to July. Tropospheric ozone anomalies were strongly anti-correlated (or correlated) with water vapor (or temperature) anomalies with a correlation coefficient mostly about 0.6 throughout the entire troposphere. The detection rate of tropospheric ozone laminae due to STT is higher in May and June (≥50%) than July, August and September (about 30%) in general agreement with climatology; this suggests that the stratospheric influence on free-tropospheric ozone could be significant during early summer. Although tropopause fold events rarely occurred above Huntsville, the STT influence was frequently observed in the free troposphere, suggesting the primary pathway of the STT influence on SEUS was quasi-isentropic descent of higher ozone amounts from tropopause folds occurring at northern mid-latitudes. 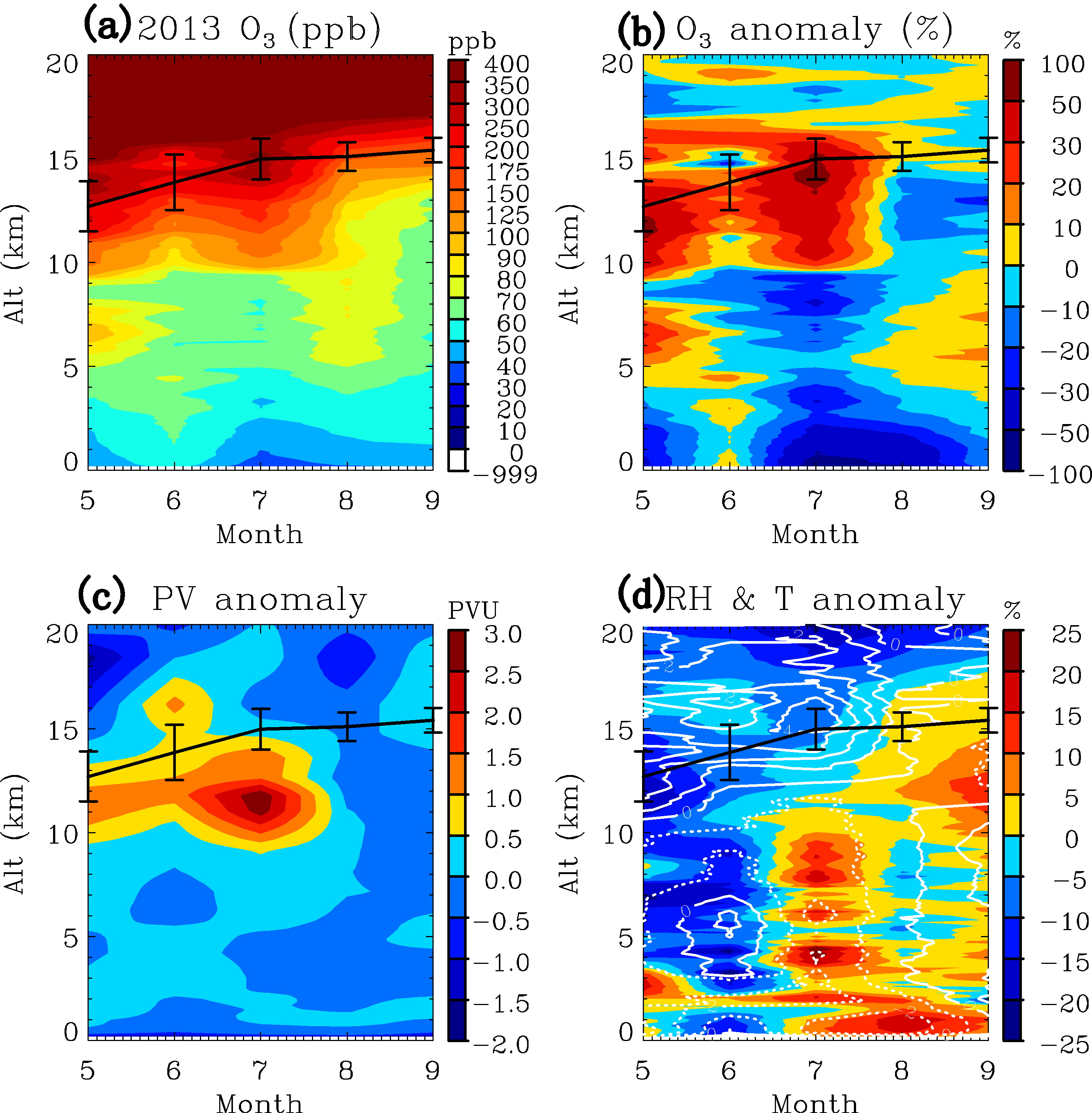