4.2 From Clouds to Waves: Joanne Simpson’s Feminist Fight in Meteorology

More
Room 2 (ACC) (Austin, Texas)
Carol A. Lipshultz, Colby College, Waterville, ME
Recorded Presentation
Joanne Gerould Simpson was a world-renowned meteorologist known for her research on clouds and hurricanes. Her theories were integral in the foundation and growth of tropical meteorology. In 1949 she became the first American woman to receive a Ph.D. in meteorology; this accomplishment marked the beginning of an arduous decades-long battle to become a credible meteorologist and bring career opportunity equality to future scientifically inclined women. I’ve conducted research on the more turbulent portions of Joanne’s life to recognize and celebrate the human behind the theories and accolades. This information is being woven into the biography of Joanne that Professor James Fleming is writing. I have found that short biographies eliminate her humanity and celebrate the bare bones of resume-worthy accomplishments, a sentiment shared on multiple occasions by Joanne herself.

Joanne refuted common knowledge of her personality by stating that "to understand how a woman, or a man, for that matter, creates original work in any field, it is necessary to penetrate the emotional masks, and my masks have intentionally been hard to penetrate." The goal of this project is to deconstruct that often abbreviated form of historical documentation and render Joanne in a human light. My research methodology focused on valuing primary source material, found mostly in her personal papers at the Schlesinger Library at Radcliffe Institute. I used a myriad of documents in an analysis of Joanne’s feminist activism, childhood trauma, multiple marriages and affairs, mental health struggles, and sexist setbacks. Archival materials included pictures, interviews, anecdotes, research papers, and previously unavailable journals describing a tumultuous decades-long love affair. I will interview Karen Malkus, daughter of Joanne, to add unique perspectives on their family life. I used literature detailing the “waves” of feminist movements and theories to contextualize Joanne’s feminism and her role in shaping feminism in science.

Joanne struggled to remain a consistently strong role model for women in meteorology, a struggle Joanne described as both inspiring and tiring: “’If I mess up, every other woman will suffer for it’ was not such an unrealistic thought. Only when I had won the Rossby Award, served as President of the American Meteorological Society and been elected to the National Academy of Engineering, did I feel almost safe.” When delving into her collection of papers, Joanne’s dedication to documenting implicit and explicit workplace sexism was obvious; she poured over data from all strata of women educated in atmospheric science, discovering exactly how prejudice ranging from commonplace microaggressions to systemic disadvantages affected women’s likelihood to succeed or even attempt to succeed. Actively combining her fervor for scientific progress with a stubborn refusal to be treated as anything other than competent, Joanne broke rules designed to promote a husband’s career over his wife’s, and pushed to destigmatize mental health disorders. Overall, this project provides a holistic image of one of the most accomplished meteorologists and it locates Joanne’s life, work, and struggles in the mainstream of feminist history, pushing women to the forefront of well-deserved scientific recognition. 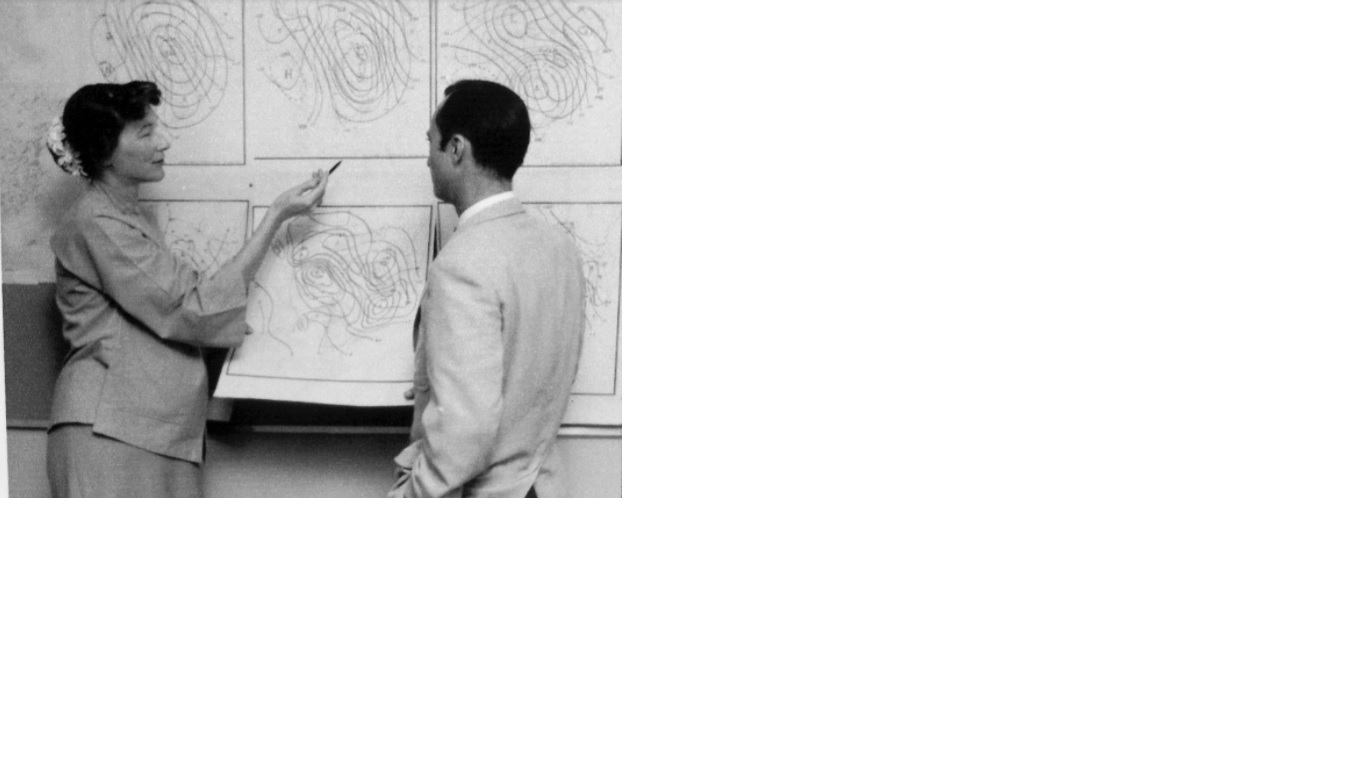