4.2 The Role of Small-Scale Vortices in Enhancing Surface Winds and Damage in Hurricane Harvey

To explore the relationship between small-scale wind field features and damage, Doppler On Wheels (DOW) mobile radars were deployed near the landfalls of hurricanes Harvey and Irma during the summer of 2017. Intense and complex mesovortices were observed from inside the eye of Harvey. In addition, much smaller, ~ 1km tornado-scale, vortices were documented in the eyewall, as well as the ubiquitous boundary layer rolls. A DOW-mounted anemometer at 8 m AGL measured 1-second winds of 65 m/s during the eyewall passage. 300 m upstream, two vehicles were lofted and a building destroyed. Anemometer data illustrate the contributions of mesovortices and tornado-scale vortices to the surface wind field.

We will present an analysis of the evolution of the eyewall mesovortices and tornado-scale vortices and how these may relate to regions of documented enhanced damage. 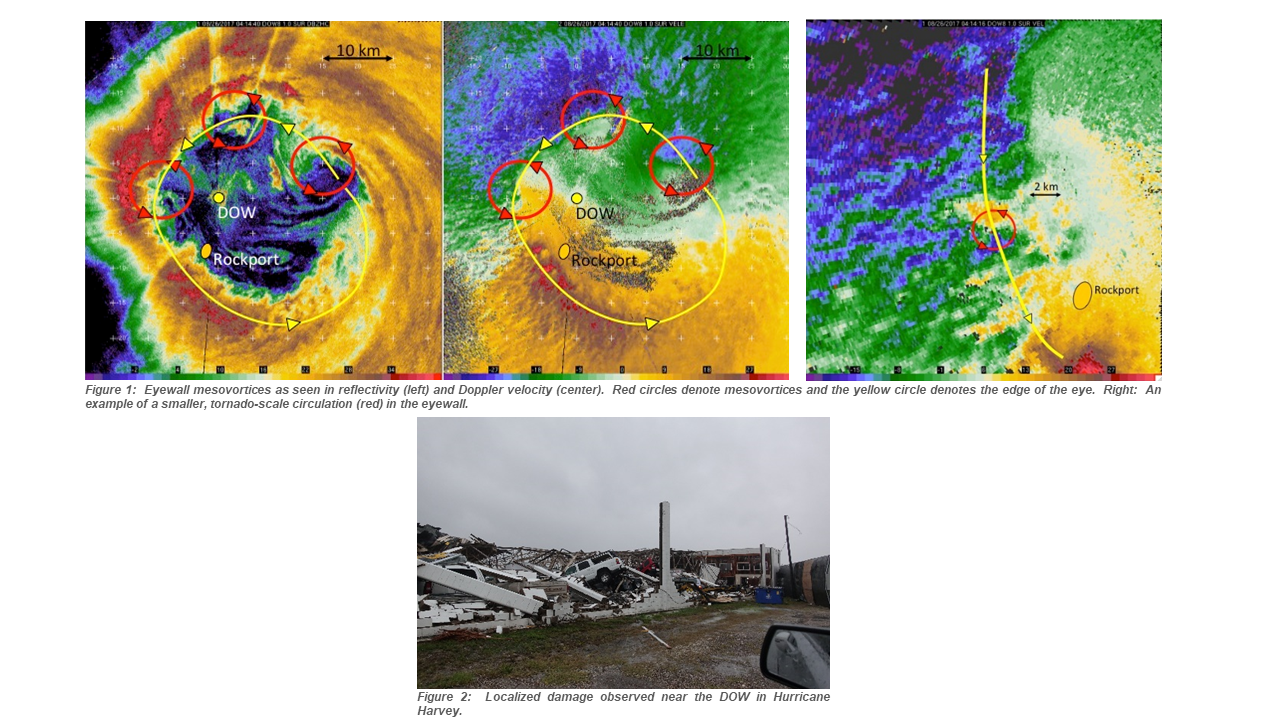